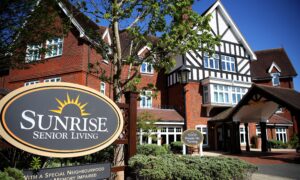 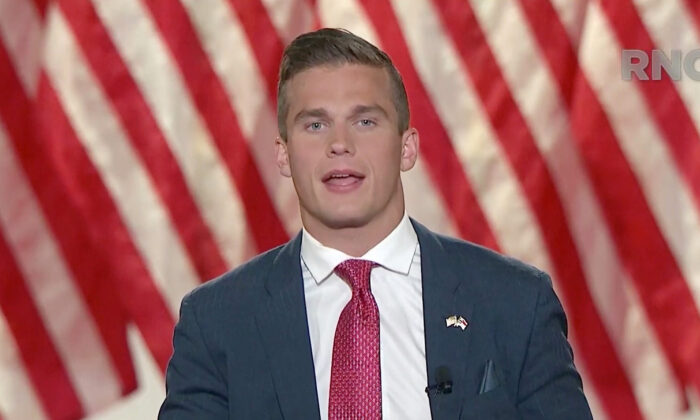 Rep. Madison Cawthorn (R-N.C.) on Tuesday likened President Joe Biden’s recently announced COVID-19 vaccine mandates to “modern-day segregation,” saying that they should be “rescinded” as they infringe upon the personal liberties of Americans.

During an appearance on Newsmax, the Republican lawmaker was pressed by host Chris Salcedo about a viral video that showed a scuffle between a hostess at a New York City restaurant and three tourists, who are black, over a vaccine requirement.

Individuals dining indoors in the city are required to be vaccinated against COVID-19, the disease caused by the CCP (Chinese Communist Party) virus.

According to attorney Justin Moore, who represents one of the three women charged in the incident, a fight ensued when two men who arrived at the Italian restaurant on the Upper West Side to meet the women were unable to show that they had been vaccinated.

The women later alleged that the hostess made a racist a remark. The restaurant has denied the allegation and said in a statement to several media outlets that the incident was “an entirely unprovoked, brutal attack.”

“I can’t believe I’m actually agreeing with them, but this is weaponized mandates, when no American, regardless of skin color, should be giving up their personal liberty so easily,” Cawthorn said, responding to a question from Salcedo about segregation. “Right now, what you’re seeing is, you’re seeing this medical apartheid, which is causing modern-day segregation.”

“Every single minority activist should be up in arms right now, saying, ‘You are hurting the people who need help the very most with this actual mandate.’ It should be rescinded, and we should never be a country that forces mandates down the throats of Americans,” he added.

Cawthorn’s comments come nearly two weeks after Biden issued several executive orders to require that all federal employees and the majority of health care workers get a COVID-19 vaccine.

A White House plan also stated that Biden would direct the Labor Department’s Occupational Safety and Health Administration to mandate that businesses with 100 or more employees either mandate COVID-19 vaccines, require weekly COVID-19 testing, or be fined.

At least 27 Republican governors or attorneys general have vowed to fight the mandates.

On Sept. 12, Arkansas Gov. Asa Hutchinson said that he believes the vaccine requirement “hardens the resistance” some people may have to getting inoculated.

The Republican governor told NBC’s “Meet the Press” that he believes the new rules will hurt efforts to vaccinate Americans, instead of supporting them. The federal requirements are “counterproductive,” he said.

“We talked about the fact that we’ve historically had vaccination requirements in schools,” the governor said. “But those have always come at the state level, never at the national level.

“And so this is an unprecedented assumption of federal mandate authority that really disrupts and divides the country. It divides our partnership between the federal government and the states. And it increases the division in terms of vaccination when we should all be together trying to increase the vaccination uptake.”