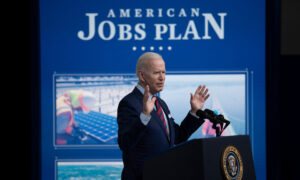 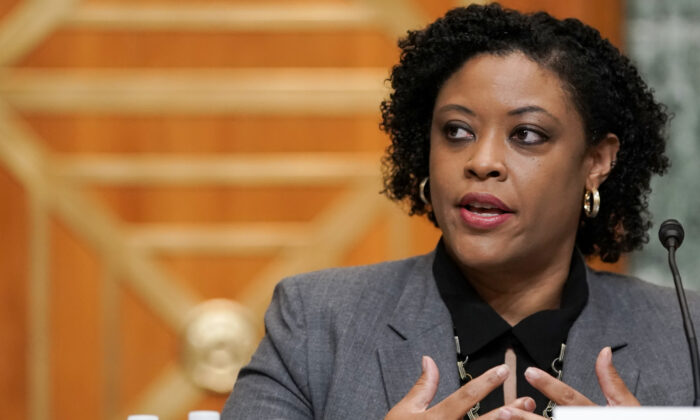 Young made the remarks while testifying at a Senate Budget Committee hearing on Biden’s fiscal year 2022 budget proposal, which calls for a sharp ramp-up of non-defense domestic spending while raising taxes on corporations and the wealthiest Americans, and boosting IRS enforcement to crack down on tax evasion.

Biden’s proposed $6.01 trillion in spending brings together the $2.3 trillion American Jobs Plan and the $1.8 trillion American Families Plan, along with some $1.5 trillion in discretionary spending for fiscal 2022, and other mandatory spending programs. The blueprint maps out some $4.17 trillion in revenues, projecting a $1.84 trillion deficit—a sharp drop from the past two years because of the COVID-19 pandemic—but up from 2019’s $984 billion. It calls for around $2 trillion in corporate tax hikes—including an increase from 21 percent to 28 percent in the corporate rate—and restoring the top individual tax bracket from 37 percent to 39.6 percent. Capital gains taxes would increase for wealthier investors, and inherited capital gains would no longer be tax-free.

Biden’s ability to enact his agenda will depend on Congress, where lawmakers routinely ignore the White House’s budget requests in favor of their own plans. Republicans have panned Biden’s proposal, while some Democrats have also expressed reservations about Biden’s proposals to raise taxes on businesses and high-income households.

Young acknowledged this Capitol Hill dynamic in her testimony, saying that, “my guess is if the Senate doesn’t pass the offsets that the spending is also in danger,” adding that Congress would need to move ahead with “the full package,” including tax hikes.

Sen. Chuck Grassley (R-Iowa) asked the White House budget chief about the risk of a rise in interest rates and its implication for debt servicing costs.

Grassley cited testimony before the House Financial Services Committee by Brian Riedl, a fellow at the Manhattan Institute, a conservative think tank, who estimated that interest rates one percentage point higher than currently projected by the Congressional Budget Office (CBO) would add $30 trillion in interest costs over the next three decades.

Grassley asked whether Biden’s proposed budget, which takes the public debt to 117 percent of GDP by 2031 “and continues to rise thereafter,” would risk leading the country down the path to a debt crisis.

Young said the budget was developed by taking into account forecasts of rising interest rates to levels “absolutely in line with where market forecasters are,” adding that the budget projects some $2 trillion in deficit savings in the decade through 2031.

“We also see some rise in interest that are month-to-month temporary but we also see our long-term indicators showing us it will not be a long-term issue and we remain at historically low points, which is a good thing because our real debt service payments remain low by historical standards,” she said.

“So we do account for rising interest and we do still show $2 trillion in deficit savings with the budget proposals, with the offsets and tax reforms,” she added.