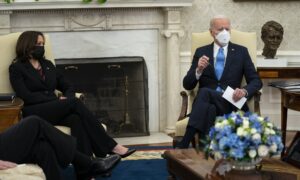 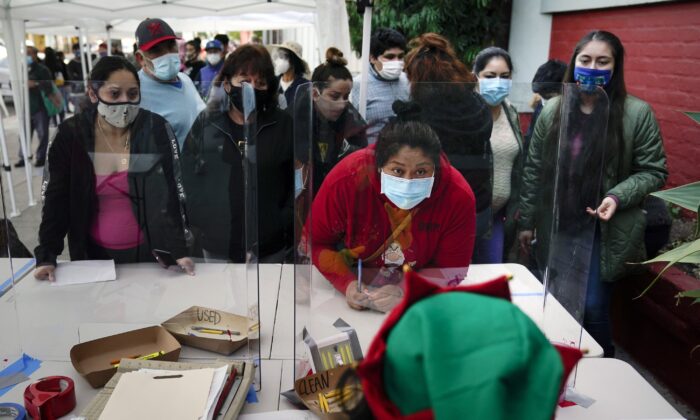 Biden’s $1.9 Trillion Proposal Would Give Nearly $3,600 to Poorest Americans: Analysis

President Joe Biden’s $1.9 trillion COVID-19 relief proposal, which congressional Democrats are moving to pass, would give nearly $3,600 in direct payments and other benefits to the poorest Americans, according to a new analysis.

Households making less than $21,300 would see an average boost of $3,590, the Institute of Taxation and Economic Policy (ITEP) said. The figure comes from a combination of three components of the proposal: a $1,400 stimulus check and the expansion of two tax credits, one for parents and another for those bringing in little income.

According to details published by the House Ways and Means Committee, Biden’s proposal would nearly triple the maximum credit from the Earned Income Tax Credit, while extending eligibility for the benefit.

The Child Tax Credit currently gives parents up to $2,000 per child, depending on their tax bracket. The new plan would boost the credit to $3,000 per child, and $3,600 per child under the age of 6.

The Child Tax Credit would increase income for the bottom 20 percent of earners by an average of 9.7 percent, the ITEP said. The other tax credit expansion would provide approximately $13 billion in additional benefits to those who qualify for the credit.

The benefits would give several hundred dollars to the next bracket. For the top 1 percent, it would bring just $50.

Democrats in Congress approved a budget process earlier this month that enables them to pass the proposed package with no Republican support, although they’ve said they hope GOP lawmakers eventually back the package.

House and Senate committees have recently unveiled the portions of the proposal they’re working on, and have held hearings discussing the measures.

Chunks of proposed spending include $350 billion for state and local aid, $50 billion for disaster relief, and $46 billion for health officials to detect, diagnose, trace, and monitor COVID-19 infections, and conduct work related to mitigating the spread of the illness.

Biden has said Congress must pass the package in order to properly respond to the current phase of the COVID-19 pandemic, even as America sees its economic situation improve and the number of positive cases drops sharply.

The Brookings Institution, analyzing the proposal last month, found that the package would jumpstart the real gross domestic product, sending it above its pre-pandemic projection by the end of the year.