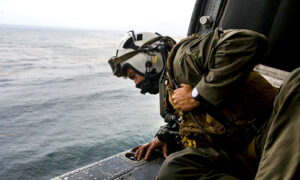 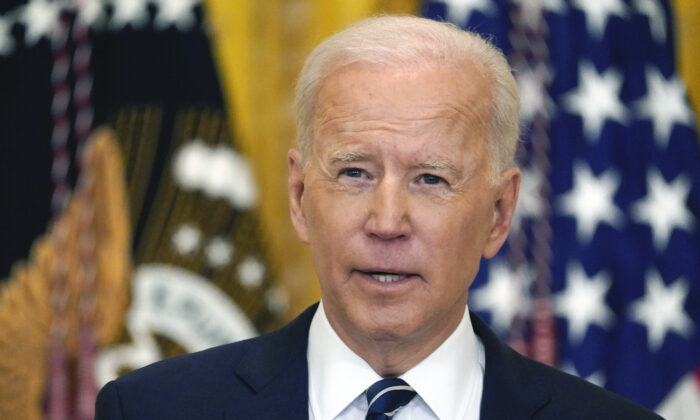 Biden Won’t Rule Out Requiring Military to Get Vaccine

President Joe Biden said it’s not clear yet whether he will make COVID-19 vaccinations mandatory for all U.S. service members once the shot is fully approved by the Food and Drug Administration.

“I don’t know. I’m going to leave that to the military,” Biden told “Today” on Friday.

“I’m not saying I won’t. I think you’re going to see more and more of them getting it. And I think it’s going to be a tough call as to whether or not they should be required to have to get it in the military, because you’re in such close proximity with other military personnel.”

According to the most recent Defense Department statistics, approximately 780,000 U.S. troops are either fully or partially vaccinated as of April 28.

The Marine Corps said that as of April 23, approximately 93,500 Marines had received the COVID-19 vaccine while 52,900 Marines have declined a shot, or about 36 percent. An additional 92,300 Marines have yet to be offered one.

The Pentagon previously said it has not ruled out mandatory vaccinations.

“Obviously we’re thinking about what happens when they become FDA-approved, that certainly would … change the character of the decision-making process about whether they could be mandatory or voluntary, but I don’t want to get ahead of that process right now,” Department of Defense press secretary John Kirby told reporters last month.

More than 237 million COVID-19 vaccines have been administered in the United States as of Thursday morning, according to recent Centers for Disease Control and Prevention (CDC) data.

“We are encouraging everyone to get vaccinated, because these vaccines are very effective and safe, and are a critical part of us getting back to normal,” acting Defense Secretary for Health Affairs Terry Adirim told reporters in April.

In mid-April, Pentagon officials said that nearly 40 percent of U.S. Marines had declined to get the COVID-19 shot.

“We fully understand that widespread acceptance of the COVID-19 vaccine provides us with the best means to defeat this pandemic. The key to addressing this pandemic is building vaccine confidence,” Officer Capt. Andrew Woods said at the time.

Woods noted that Marines are typically healthy and young but said that there may be a number of reasons for declining the vaccine.