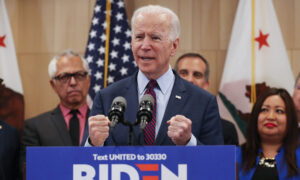 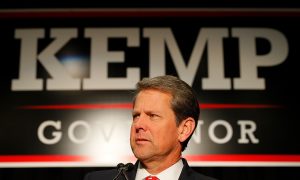 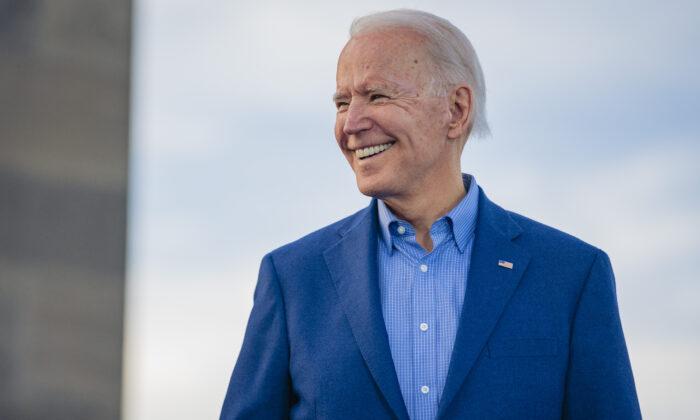 TOPEKA, Kan.—Joe Biden has overwhelmingly won a Democratic presidential primary in Kansas that the state party conducted exclusively by mail because of the pandemic.

The former vice president had been expected to prevail in the vote on May 2 and capture a majority of the state’s delegates to the Democrats’ national nominating commission. Biden took 77 percent of the vote.

Vermont Sen. Bernie Sanders was still in the race when the Kansas party began mailing ballots at the end of March, but he suspended his campaign and endorsed Biden.

Biden won 29 delegates and Sanders got 10, inching Biden closer to the number of delegates he needs to clinch the Democratic nomination. He has a total of 1,435 delegates and needs 1,991 to win the nomination on the first ballot at the party’s national convention this summer, a threshold Biden is likely to reach in June after many states postponed their primaries. Sanders has 984 delegates, according to the count by the Associated Press released Sunday.

Sanders won Kansas’ caucuses in 2016 over former U.S. Secretary of State Hillary Clinton. The state party mailed ballots this year to more than 400,000 registered Democrats and got a far larger turnout than the 39,000 who voted four years ago.

The primary determined how 39 of the state’s 45 national convention delegates would be allocated. The remaining six are party leaders, including Gov. Laura Kelly and U.S. Rep. Sharice Davids.

Besides Biden and Sanders, Massachusetts Sen. Elizabeth Warren and Hawaii Rep. Tulsi Gabbard also were on the Kansas ballot. Voters also could choose to be uncommitted.

The contest also featured ranked-choice voting, allowing voters to pick more than one candidate and rank them. A candidate who failed to get 15 percent in the first round of voting had his or her votes reallocated to voters’ second choices, and the process continued until the only remaining candidates all had at least 15 percent.

Democratic leaders originally had planned to set up polling places across the state in addition to allowing mail balloting. But they scrapped plans for in-person voting at the end of March after Kelly issued a statewide stay-at-home order.

Many Democrats hoped a smooth primary would encourage greater reliance on mail balloting in Kansas’ regular primary in August and its November general election.