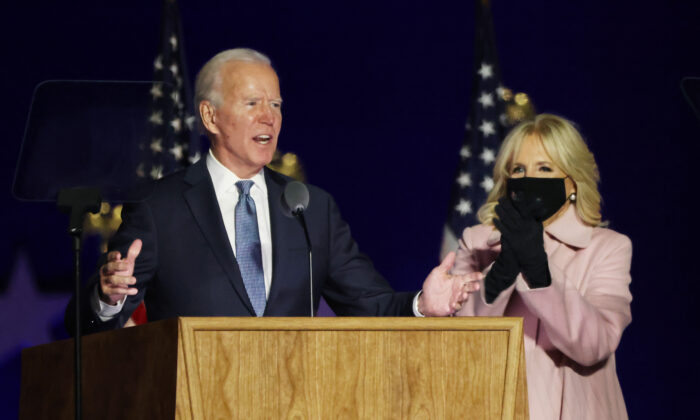 Democratic presidential challenger Joe Biden was projected to be the winner of Michigan, a key battleground state, according to Decision Desk and CNN.

The former vice president held an event in the state with former President Barack Obama over this past weekend.

It comes as The Associated Press, CNN, and Decision Desk called Wisconsin for Biden earlier in the day.

Wisconsin has 11 Electoral College votes while Michigan has 16 votes.

President Donald Trump’s campaign announced they would file a lawsuit to stop ballot counting in Michigan.

Stepien said the lawsuit sought to halt vote-counting until “meaningful access” to polling areas is granted.

“We also demand to review those ballots which were opened and counted while we did not have meaningful access. President Trump is committed to ensuring that all legal votes are counted in Michigan and everywhere else,” he added.

The campaign will also request a recount of Wisconsin.

“Despite ridiculous public polling used as a voter suppression tactic, Wisconsin has been a razor-thin race as we always knew that it would be,” he said after Wolfe made her comment. “There have been reports of irregularities in several Wisconsin counties which raise serious doubts about the validity of the results. The President is well within the threshold to request a recount and we will immediately do so.”