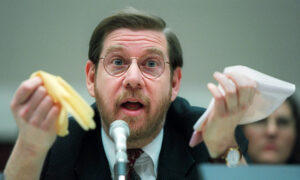 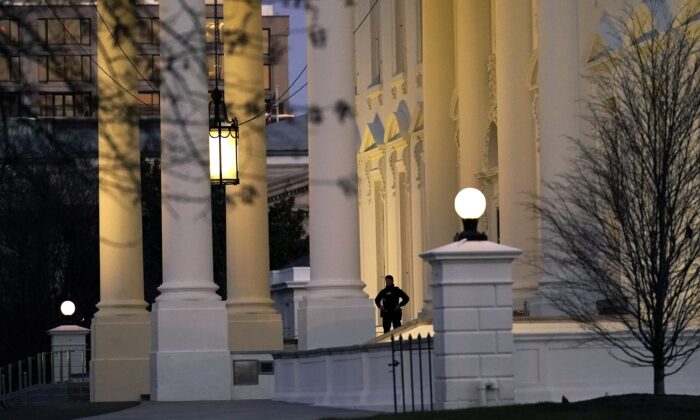 A U.S. Secret Service guard is posted at the North Portico of the White House on Jan. 13, 2021. (Gerald Herbert/AP Photo)
Joe Biden

“For the sake of clarity—The Biden–Harris Administration will return to the policy of releasing White House visitor logs. Also true that visitors will be limited for some time because safety during the pandemic is top priority,” Jen Psaki, the incoming White House press secretary, said in a Jan. 15 statement.

She issued the statement after Mike Lindell, the CEO of MyPillow, left the White House after meeting with President Donald Trump. Lindell was holding mysterious notes that appeared to include the words “martial law if necessary.”

Psaki said she wouldn’t expect Lindell to be at the White House during the new administration.

She had earlier on Jan. 15 refused to answer directly when asked whether the Biden administration would publish visitor logs.

Trump’s administration announced in 2017 it would keep the logs of who visited the White House secret. The decision was because of “the grave national security risks and privacy concerns of the hundreds of thousands of visitors annually,” a White House spokesperson said at the time.

Obama’s White House released visitor logs, even after a court ruled that the logs could be shielded from public view. The court ruling came after watchdog Judicial Watch sought access records from most of 2009. Judicial Watch’s effort came because that time period was before the Obama administration released logs. The Obama administration records are still available online.

An appeals court last year affirmed that the Trump administration could keep the identities of visitors to both the White House and Trump’s Mar-a-Lago resort in Florida shielded.

“Compelled disclosure of the visitor logs would affect a president’s ability to receive unfettered, candid counsel from outside advisors and leaders, both domestic and foreign, who were aware that their visits to the White House would be subject to public disclosure,” the court stated.

In another case, the White House settled with groups and published some logs pertaining to several federal agencies.

In a tweet in 2019, Psaki, a White House spokesperson during the Obama administration, said publishing logs was “a headache at the time, but good for democracy.”