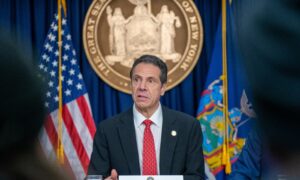 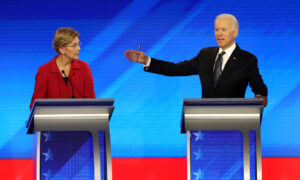 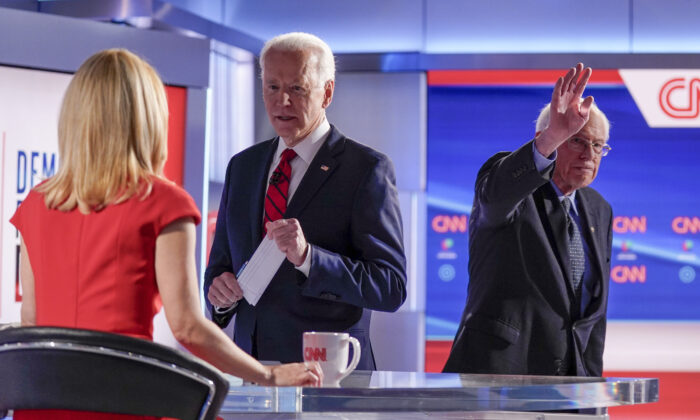 Former Vice President Joe Biden promised to not deport any illegal immigrants for 100 days if he’s elected president as both he and Sen. Bernie Sanders (I-Vt.) said they would roll back immigration enforcement.

“The first 100 days if my administration, no one will be deported at all,” Biden said during the Democratic presidential debate in Washington on Sunday night.

“From that point on, the only deportations that will take place are commissions of felonies in the United States of America.”

Biden also said he would push Congress to pass a bill that would immediately give approximately 11 million illegal immigrants “access to citizenship.”

The moves would be about “uniting families,” he told the moderators, adding: “It’s about making sure that we can both be a nation of immigrants, as well as a nation that is decent.”

Biden was vice president from 2008 to 2016 during President Barack Obama’s administration, which deported more people illegally in the country than any other. Biden has apologized on the campaign trail.

Sanders said he would, on the first day in office, “restore the status of 1.8 million young people and their parents” in the Deferred Action for Childhood Arrivals (DACA) program. The Obama-era policy enabled some people who arrived in the United States and met certain guidelines to request a deferral of possible deportation for a period of two years, subject to renewal.

Immigration and Customs Enforcement raids, which target illegal immigrant criminals and those working illegally at large companies, would also end, Sanders said. Such actions “are terrorizing communities all over this country,” the lawmaker claimed.

Asked if the measures he supports would lead to so-called open borders, Sanders said no but didn’t provide evidence for that assertation.

Leading Democrats have moved left on immigration over the years, particularly in recent years. Many of them previously supported immigration enforcement but have shifted to promote lax immigration policies that critics, including many Republicans, say would lead to a spike in migrants arriving in the United States.

President Donald Trump promised strict immigration enforcement during the 2016 campaign and has delivered in some key areas, driving illegal immigration numbers down. Trump promised to build a wall at America’s southern border and over 135 miles have been constructed, with 450 miles slated to be completed by the end of this year, Mark Morgan, acting Customs and Border Protection commissioner told reporters last week.

Biden said at the debate that the United States doesn’t need a wall, alleging that “all the bad things” are entering the country through ports of entry, or border stations manned by immigration enforcement personnel.

Trump’s policies have led to those requesting asylum in many cases waiting for rulings in Mexico. Biden said he’d end that, telling the audience-less room: “They should be able to come to the United States and have a judgment made is whether or not they qualify.”

No audience members were at the debate because of the coronavirus outbreak.

There should also be a rapid, large increase of immigration judges who make the rulings, Biden said. Sanders agreed.