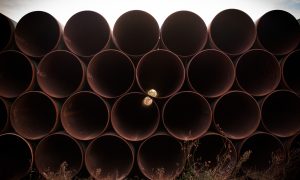 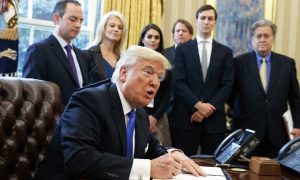 US Seeks Dismissal of Tribes' Lawsuit Over Keystone Pipeline
0 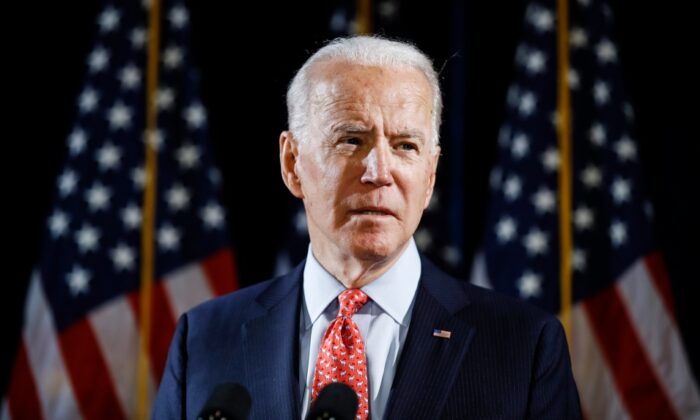 WASHINGTON—Joe Biden’s campaign promised on Monday to rip up U.S. President Donald Trump’s approvals for the Keystone XL pipeline if the former vice−president succeeds in taking over the White House next year.

Campaign officials finally ended the presumptive Democrat nominee’s months of self-imposed silence on how he would handle the politically sensitive expansion project, an ambitious, 1,900-kilometre heavy-oil line that would move 830,000 barrels of Alberta bitumen each day over the Canada−U.S. border to refineries on the U.S. Gulf Coast.

It wouldn’t be the first time that Biden has stood in the way of the Calgary-based TC Energy expansion. As vice-president, he was a key member of Barack Obama’s administration, which slow-walked the project—championed by the former Conservative government—throughout Obama’s second term before finally blocking construction outright shortly after the Liberals were elected in 2015.

“Biden strongly opposed the Keystone pipeline in the last administration, stood alongside President Obama and Secretary [of State John] Kerry to reject it in 2015, and will proudly stand in the Roosevelt Room again as president and stop it for good by rescinding the Keystone XL pipeline permit,” policy director Stef Feldman said in a written statement to Politico.

A spokesman for TC Energy did not respond to media inquiries Monday.

The $8-billion U.S. expansion, long a central element of efforts in Canada to expand export markets for Canadian fossil fuel, has been beset by delays, protests, and injunctions almost since its inception. It became a major flashpoint in 2011 when celebrity-studded protests outside the White House helped crystallize environmental opposition to the energy sector.

Trump has repeatedly sought to kick-start the project, signing an executive order in the earliest days of his presidency that was thwarted by a federal judge in Montana who concluded the State Department had not adequately assessed the potential environmental impact of the project.

The president signed a fresh permit in March that not only cleared the way for construction, but also appeared designed to prevent further legal problems with State Department permits. But again, a Montana court halted the project on the grounds that the impact on endangered species in the state hadn’t been properly assessed.

In the meantime, Keystone XL has come to define the widening fissure between an energy industry that’s straining to redefine its mission in the 21st century and growing public opposition to North America’s dependency on fossil fuels—a tension that has created deep-seated political challenges in Canada, where the oilpatch is central to the country’s economic fortunes.

Alberta Premier Jason Kenney has committed $1.5 billion to the expansion, along with a $6-billion loan guarantee, as his Conservative government extends outreach efforts in the U.S. in hopes of breathing new life into a sector hit hard in recent months by record-low oil prices and the economic impact of COVID-19.

“We will be investing significantly more, as we emerge from the pandemic, in Alberta’s presence in the United States,” Kenney told a roundtable discussion last week hosted by the Canadian American Business Council.

“These decisions move the project off the drawing boards and into actual construction, which began a month ago—the Canada−U.S. border crossing between Saskatchewan and Montana has already been put in the ground.”

Kenney appeared to brush off the Montana court decision as just another layer of “regulatory complexity” for TC Energy in areas where the line will intersect with U.S. waterways.

“Otherwise, we are optimistic that the project will continue towards its projected date of commissioning in June of 2023,” he said, noting that with U.S. refineries no longer processing heavy crude from Mexico and Venezuela due to suppressed energy demand, the time is right for Alberta to expand its shipping capacity.

“Those refineries are hungry for that energy; they will be hungry when we get past the coronavirus,” he said. “We actually think that emerging from this, there will be an opportunity for the Alberta energy sector.”

Earlier this month, TC Energy said crews were working ahead of schedule, staging pipe and building work camps while studying ways to continue construction even if the ruling blocks U.S. river crossings along the 1,930-kilometre route from Alberta to Nebraska.