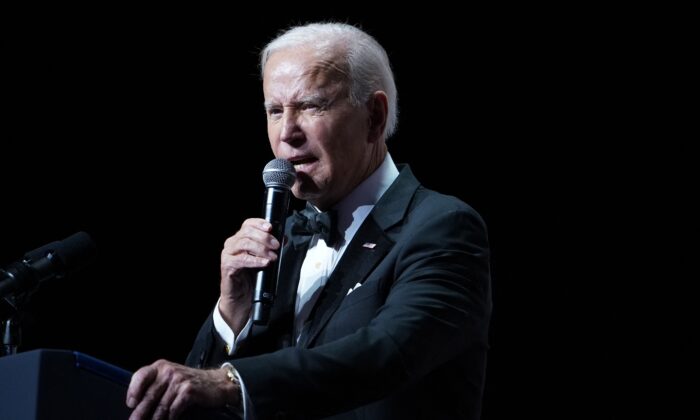 U.S. President Joe Biden once again affirmed that the United States would militarily defend Taiwan from an invasion by China’s ruling communist party.

When asked during a “60 Minutes” interview on CBS whether U.S. forces would defend Taiwan from a Chinese attack, Biden answered unambiguously.

“Yes, if, in fact, there was an unprecedented attack,” he said on the show, which aired on Sept. 18.

Asked to clarify whether he would commit U.S. troops to the defense of Taiwan, as opposed to the economic measures he has committed to Ukraine, Biden said “yes.”

The interview was the fourth time Biden said the United States would defend Taiwan. It was also the most explicit declaration. Each time, the White House has scrambled to roll back Biden’s comments, and this time was no different.

Immediately after Biden’s comment, the program ran a voiceover saying that a White House official said after the interview that “U.S. policy has not changed,” and officially, the United States won’t say whether U.S. forces would defend Taiwan.

The United States has historically maintained a policy of so-called strategic ambiguity on the issue of defending Taiwan. Under the policy, U.S. leadership will typically neither confirm nor deny whether the nation would protect Taiwan militarily.

“The president has said this before, including in Tokyo earlier this year,” the spokesperson said. “He also made clear then that our Taiwan policy hasn’t changed. That remains true.”

The issue of whether the United States would defend Taiwan from invasion is a contentious one and is likely the most fraught in all of the issues facing Sino–American relations.

The Chinese Communist Party (CCP), which rules China as a single-party state, claims that Taiwan is a rogue Chinese province that must be united with the mainland and has vowed to use military force to achieve that goal if necessary.

However, Taiwan has never been controlled by the CCP and has been self-governing since 1949. Moreover, it maintains extensive trade ties with other countries, including the United States.

The United States maintains a “one China” policy, which formally recognizes—but doesn’t endorse—the CCP’s position on the matter.

The United States and China also maintain agreements that neither side will attempt to change the status quo by unilaterally pursuing Taiwanese unification or independence.

“We are not moving,” Biden said. “We are not encouraging their being independent. … That’s [Taiwan’s] decision.”

Although the United States doesn’t maintain formal diplomatic ties with Taiwan and has sworn to not unilaterally champion the island’s independence, it’s legally bound by the Taiwan Relations Act of 1979 to provide Taiwan with the arms necessary for self-defense.

Biden’s recent remarks on the Taiwan issue drew a stark rebuke from the CCP, with foreign ministry spokeswoman Mao Ning saying the regime wouldn’t tolerate “any activities aimed at secession.”

The CCP has taken an increasingly belligerent stance on the issue of Taiwan since Chinese leader Xi Jinping came to power 10 years ago. In the last half year alone, top CCP officials have threatened outright war over the issue.

In a July phone call with Biden, Xi said, “Those who play with fire will perish by it.”

Likewise, during a June meeting with U.S. Defense Secretary Lloyd Austin, Chinese Defense Minister Wei Fenghe said that “the Chinese army will definitely not hesitate to start a war no matter the cost” to prevent Taiwan from being internationally recognized as a nation.