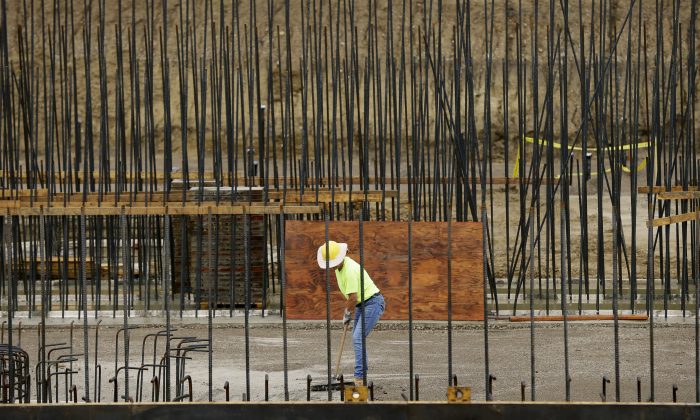 Biden will travel to a local ironworkers union in Maryland to sign the order which the White House says will “improve timeliness, lower costs and increase quality in federal construction projects.”

The order could affect $262 billion in federal construction contracting and improve job quality for nearly 200,000 workers, the White House said late on Thursday.

Specifically, it will require PLAs to be put in place on federal construction projects above $35 million but will only apply to provisions in the Bipartisan Infrastructure Law that are direct federal procurement, meaning projects funded by grants to non-federal agencies are excluded.

Once signed, it will go into effect immediately.

Project labor agreements are collective bargaining agreements between building trade unions and contractors and have been used for generations.

They set wages, employment conditions, and dispute resolution on specific projects, affectively governing the terms and conditions of employment for all craft workers.

Biden’s order was praised by some contractors, including Daniel Hogan, chief executive of the Association of Union Constructors which represents 1,800 contractor companies, who told Reuters it “streamlines the negotiation process and gives employers access to a highly skilled pool of craftworkers.”

But Associated Builders and Contractors (ABC), a national U.S. trade association representing the non-union construction industry blasted Biden’s executive order, saying that it “encourages the use of controversial project labor agreement mandates on federal construction projects that are funded by taxpayers.”

“This anti-competitive and costly executive order rewards well-connected special interests at the expense of hardworking taxpayers and small businesses who benefit from fair and open competition on taxpayer-funded construction projects.”

“Given ongoing budget constraints and the uncertainties of revenue forecasts, New York policymakers and taxpayers should carefully consider these substantial additional costs when determining whether PLAs are best for school construction projects in their towns or school districts,” researchers wrote.

Separate research from 2011 showed that PLAs can increase costs by mandating union wages and work rules while also inhibiting competition.

The research noted that non-union contractors may choose not to bid on projects because it would require their members to join a union.

Contractors may also not be able to use their own workers if the PLA requires hiring through the union hiring hall, which can make such agreements anti-competitive.

However, the same research lists several pros of such agreements, such as giving workers uniform wages and benefits as well as overtime pay, improving working conditions while speeding up the time in which projects can be completed, and lowering costs due to the supply of qualified labor.

In January, the Biden administration moved to increase the minimum wage for all federal employees to $15 an hour. Last year, Biden also issued an executive order increasing pay for federal contract workers to $15 an hour.