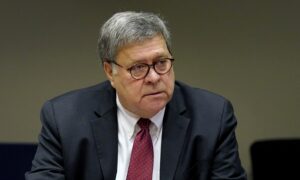 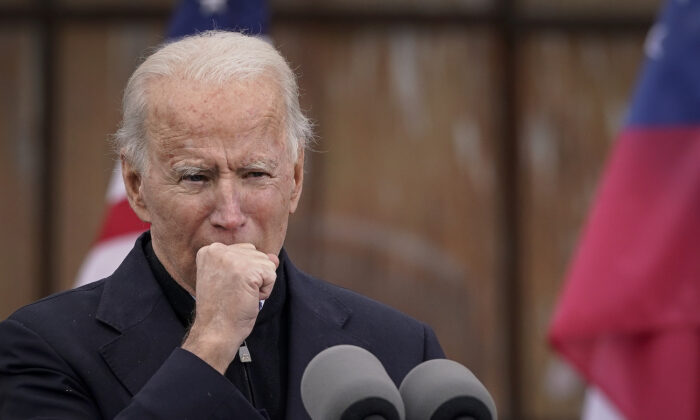 Former Vice President Joe Biden is scheduled to receive the CCP virus vaccine on Monday, according to an announcement from his campaign.

A reporter who traveled with Biden and an adviser to the Democratic presidential nominee last week tested positive for the CCP (Chinese Communist Party) virus, commonly known as the novel coronavirus.

Rep. Cedric Richmond (D-La.)—tapped to be the White House senior adviser and director of the office of public engagement should Biden win the presidency—tested positive for COVID-19, the disease caused by the CCP virus, on Dec. 17.

Richmond traveled to Atlanta, Georgia, on Dec. 15 for a drive-in rally in support of Senate candidates Jon Ossoff and Raphael Warnock ahead of the Jan. 5 Senate run-offs that could determine which party controls the Senate. Biden was in attendance and spoke at the same event.

President Donald Trump said on Twitter earlier this month that he was “not scheduled” to take the vaccine but looked “forward to doing so at the appropriate time.” He is still discussing timing with his doctors, according to the White House.

The president was briefly hospitalized with COVID-19 in October and given an experimental antibody treatment that he credited for his rapid recovery.

A Centers for Disease Control and Prevention advisory board has said people who received that treatment should wait at least 90 days to be vaccinated to avoid any potential interference.

“When the time is right, I’m sure he will remain willing to take it,” White House spokesperson Brian Morgenstern echoed Friday. “It’s just something we’re working through.”

White House press secretary Kayleigh McEnany told reporters last week that Trump was holding off, in part “to show Americans that our priority are the most vulnerable.”

“The president wants to send a parallel message, which is, you know, our long-term care facility residents and our frontline workers are paramount in importance, and he wants to set an example in that regard,” she said.

The CCP virus pandemic has claimed more than 317,000 lives in the United States.