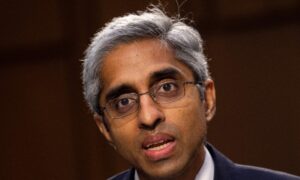 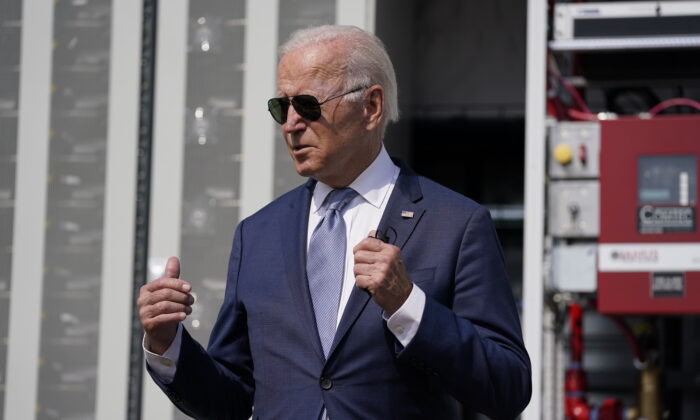 President Joe Biden on Wednesday will meet with executives from Walgreens, The Walt Disney Company, and Microsoft to discuss his administration’s recently announced COVID-19 vaccine mandate for private businesses.

Brad Smith, president of Microsoft, Bob Chapek, CEO of Walt Disney, Tim Boyle, president and CEO of Columbia Sportswear, and Roz Brewer, CEO of Walgreens Boots Alliance are among the business leaders who are scheduled to be at the meeting, according to a White House official.

Biden last week said businesses would have to impose vaccination requirements or face fines of up to $13,600 per violation.

The order is going to come through the Occupational Safety and Health Administration (OSHA), White House officials have said.

An OSHA spokesperson told The Epoch Times in an email that the agency is developing the rule, which “will require all employers with 100 or more employees to ensure their workforce is fully vaccinated or require any workers who remain unvaccinated to produce a negative test result on at least a weekly basis before coming to work.”

Boyle told news outlets in Portland, Oregon, where the company is based, that he was pleased with the pending mandate.

The Business Roundtable, which says it represents hundreds of companies, also praised the mandate.

All the leaders slated to be in Washington with Biden have imposed or are planning to impose COVID-19 vaccine requirements.

The White House official said that Biden will discuss how the executives are putting into place the requirements and that the event will also “serve as a rallying cry for more businesses across the country to step up and institute similar measures.”

Biden told reporters at the White House after returning from a trip out west on Tuesday that he believed most people support his mandates, which include a requirement for federal workers to get vaccinated, but that there’s “always going to be a small percentage who say ‘no.'”

The mandates have faced some pushback, including a challenge in court.

“The federal government cannot force people to get the COVID-19 vaccine. The Biden Administration is once again flouting our laws and precedents to push their radical agenda,” Arizona Attorney General Mark Brnovich, a Republican, said in a statement after filing a lawsuit against Biden’s orders.