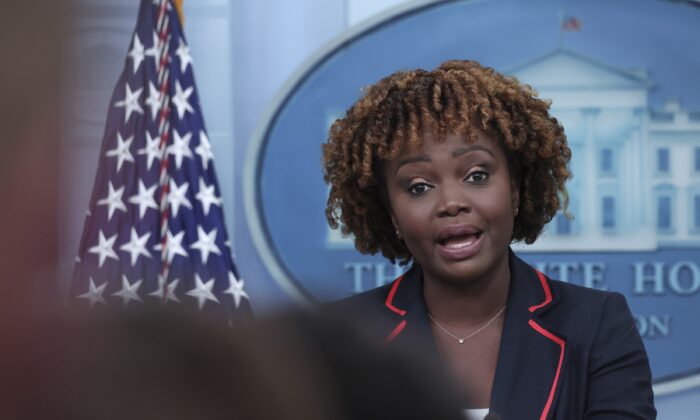 White House press secretary Karine Jean-Pierre declined to comment on the investigation into Trump, describing it as an independent Department of Justice probe.

But she said that Biden “believes … in the importance of properly handling classified materials.”

Biden told reporters last week that it’s appropriate in some circumstances for a president to take classified documents home with them.

“Depending on the circumstance. For example, I have, in my home, a cabined-off space that is completely secure. I’m taking home with me today’s PDB. It’s locked. I have a person with me—military with me. I read it, I lock it back up, and give it to the military,” he said.

Biden also declined to comment when presented with Trump’s claim that he declassified all the documents that FBI agents seized from Mar-a-Lago on Aug. 8.

They say Trump may have violated several laws, including one governing the handling of defense information.

U.S. Archivist Debra Wall also said that after Trump asserted executive privilege over the documents, Biden was consulted as to the claim.

“The Counsel to the President has informed me that, in light of the particular circumstances presented here, President Biden defers to my determination, in consultation with the Assistant Attorney General for the Office of Legal Counsel, regarding whether or not I should uphold the former President’s purported ‘protective assertion of executive privilege,'” Wall said in a letter recently made public.

Wall ultimately rejected the claim and allowed FBI agents to review the documents.