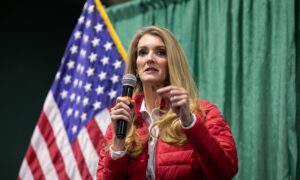 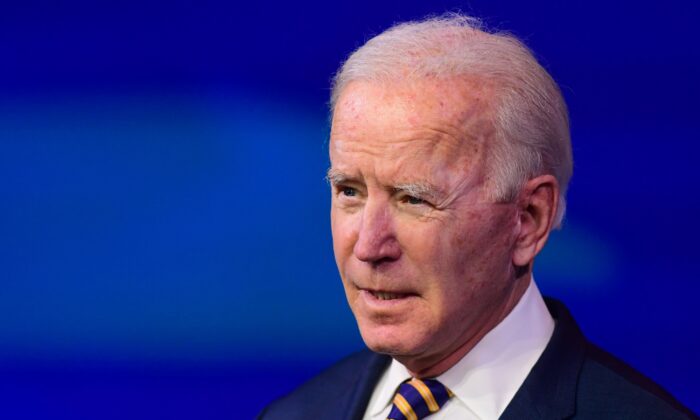 A spokeswoman for Democratic presidential candidate Joe Biden said the counting of electoral votes in next week’s joint session of Congress is a mere “formality,” since he’s already the president-elect.

“This is merely a formality,” Biden’s pick for White House press secretary, Jen Psaki, told reporters during a virtual press conference on Dec. 30.

“It certainly should be treated as such by people who are covering it. And regardless of whatever antics anyone is up to on Jan. 6, President-elect Biden will be sworn in on the 20th.”

Some 15 Republican representatives plan to object to electoral votes during the joint session, according to a tally by The Epoch Times. Sen. Josh Hawley (R-Mo.) on Dec. 30 became the first senator to commit to objecting. Objections require at least one House member and at least one senator.

“I cannot vote to certify the electoral college results on Jan. 6 without raising the fact that some states, particularly Pennsylvania, failed to follow their own state election laws,” Hawley said in a statement, referring to how Pennsylvania Secretary of State Kathy Boockvar, a Democrat, permitted counties to accept late-arriving ballots without consulting the state legislature.

House Speaker Nancy Pelosi (D-Calif.) told reporters in Washington that she has “no doubt” Biden will be confirmed by Congress next week.

Other Democrats criticized Hawley, while dismissing the chances of successful challenges.

“It will not succeed. Joe Biden will be sworn in on January 20th as the next president, but it will succeed in further undermining, you know, people’s confidence in the process,” Sen. Chris Van Hollen (D-Md.) said on CNN.

“Senator Hawley’s efforts are not going to change the result of the election, but they pose a grave threat to American democracy, maybe not this year, but two years from now, four years from now,” Sen. Chris Murphy (D-Conn.) said on MSNBC.

The joint session that’s slated to take place on Jan. 6, 2021, is for counting the electoral votes. It’s the final step in the Electoral College system before the inauguration two weeks later.

Most counting sessions are rote affairs, but there have been cases where objections have been raised. Democrat representatives objected to votes for then-presidential candidate Donald Trump from several states in 2016, alleging abnormalities, but then-Vice President Biden rejected them because no senators joined in the challenges.

While 43 states and Washington are sending a single slate of electors who cast ballots for the winner of the popular vote in the state, seven states are also sending alternate slates. That means one slate cast votes for Biden and another cast votes for Trump.

Another aspect of the session is Vice President Mike Pence’s presiding over the counting in his role as president of the upper chamber. Some Republicans argue he can unilaterally decide to accept alternate slates of electors if election fraud is suspected to have taken place in certain states.

Pence’s “exclusive authority” stems from the U.S. Constitution, Rep. Louie Gohmert (R-Texas) and other lawmakers alleged in a lawsuit filed this week. They asked U.S. District Judge Jeremy Kernodle, a Trump appointee, to rule as such.

Lawyers for the plaintiffs said they tried to reach an agreement with Pence before filing the suit but failed to do so. A Pence spokesman didn’t immediately respond to an inquiry.

The power of a vice president is disputed.

Some jurists say it’s the vice president who has the sole discretion to decide which votes to count. The argument is that the framers intended for the vice president to be the sole authority over the counting of the votes, because the unanimous resolution attached to the Constitution said that the Senate should appoint its president “for the sole purpose of receiving, opening, and counting the votes for president.”

Others disagree. University of Virginia professor John Harrison, an expert on constitutional history, told The Epoch Times in an email that the vice president doesn’t have “any constitutional power to make decisions” over which votes to count.