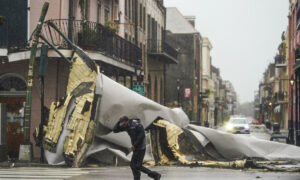 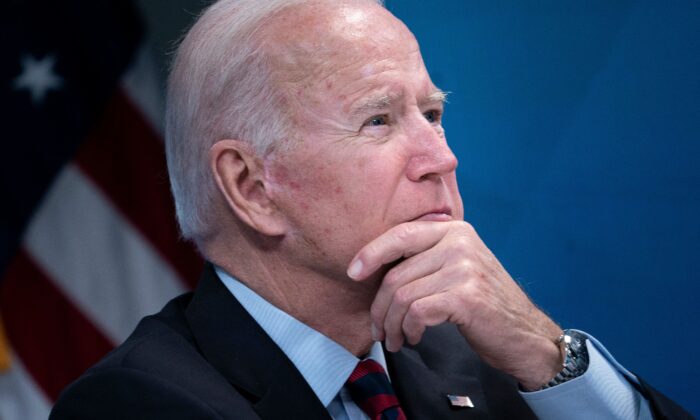 “I know you’re busy as the devil. I know you got a lot to manage in your states. But the fact is that, I want to hear from you, we both want to hear from you,” Biden told a group that included Louisiana Gov. John Bel Edwards and Mississippi Gov. Tate Reeves, referring to himself, Deanne Criswell, the Federal Emergency Management Agency (FEMA) administrator, and senior adviser Cedric Richmond.

Ida caused “massive, massive damage” after hitting New Orleans over the weekend and has left one confirmed dead, with that number expected to grow, Biden told the governors from Washington during the virtual meeting.

Federal efforts have included moving more than 200 generators into the region and distributing pre-positioned resources like water. The Biden administration has also been in touch with utility providers, is planning to deploy drones soon to assess the damage to energy infrastructure, and has been working with cellular providers to trigger a cooperative framework that allows people to hop onto various lines, even those not from their carrier.

“If there’s something you need needs my attention, Cedric’s your direct line, direct line in the White House throughout this recovery, and I mean that whatever you need, go to Cedric, you’ll get to me, we’ll get to what you need, if we can,” Biden said.

“If we work together, folks get knocked down, we’re there to help you get back on your feet,” he added later.

Edwards, a Democrat, reported the levee systems holding against the storm surges, with none being breached. But damage elsewhere was “catastrophic,” he said, with the wind in particular causing serious problems, such as leaving one million homes and businesses out of power.

“We are still in a life-saving mode here doing search and rescue,” Edwards said. “The roads, the highways into the most affected area were completely clogged with debris, downed power lines, trees. We’re making really good progress.”

Louisiana has activated all of its 5,000 National Guardsmen to help with search-and-rescue and other important tasks in the aftermath of the storm.

Reeves, a Republican, also thanked Biden for signing a pre-landfall declaration, which enabled better preparation for the storm.

Ida slowed down as it was downgraded to a tropical storm and remains in Mississippi on Monday. The damage it’s inflicting is less severe. But it’s still dumping large amounts of rain.

“We know that our greatest threats here in Mississippi are with respect to rising water and power outages,” Reeves said. “We’re seeing more rain, more water, but a lot less wind, which is certainly helpful.”

Biden did not take questions from reporters for the second day in a row. White House press secretary Jen Psaki held a briefing in a separate room during Biden’s meeting.