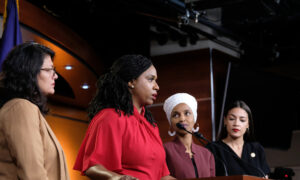 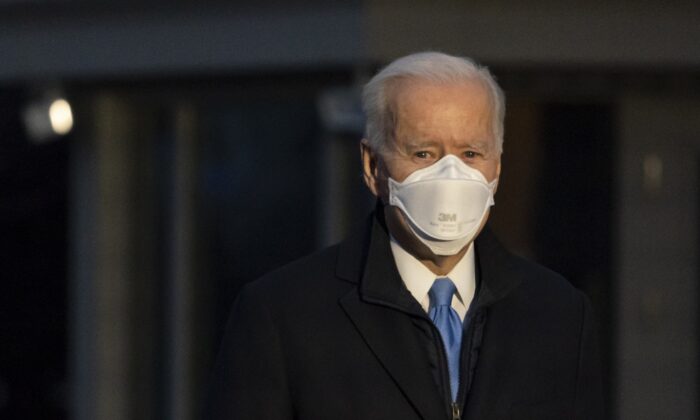 President Joe Biden pauses to speak with reporters as he walks to Marine One for departure from the South Lawn of the White House in Washington on Feb. 12, 2021. (Alex Brandon/AP Photo)
Executive Branch

During the phone call, Biden affirmed his commitment to Israel’s security and expressed a desire to strengthen all aspects of the U.S.-Israel partnership, including defense cooperation, the White House said in a statement.

The two leaders also discussed security issues posed by Iran, the conflict between Israelis and Palestinians, as well as the United States’s continued support for peace agreements to normalize relations between Israel and Arab nations, in what is commonly referred to as the Abraham Accords. This agreement, which was brokered by former President Donald Trump, serves to establish new cooperation and normalization between the United States, Israel, and Arab countries such as the United Arab Emirates (UAE), Sudan, and Morocco.

“Together, they affirmed their shared interest in continued strategic cooperation to confront the many challenges facing the region,” the statement said.

While speaking to reporters at the oval office on Wednesday, Biden called the phone call “a good conversation.”

Meanwhile, Netanyahu’s office said the conversation went for about an hour and was “very warm and friendly.”

“The two leaders noted their longstanding personal connection and said that they would work together to continue strengthening the steadfast alliance between Israel and the US,” a statement from Netanyahu’s office said.

That statement also revealed that the two leaders also spoke about combating the CCP (Chinese Communist Party) virus pandemic, where Biden commended Netanyahu on his leadership against the virus, which causes the disease COVID-19.

The White House has repeatedly fielded questions in the last few weeks about their decision to leave out Netanyahu in Biden’s first round of calls to allies.