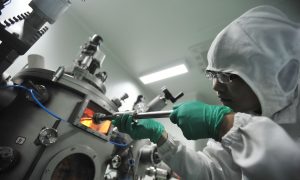 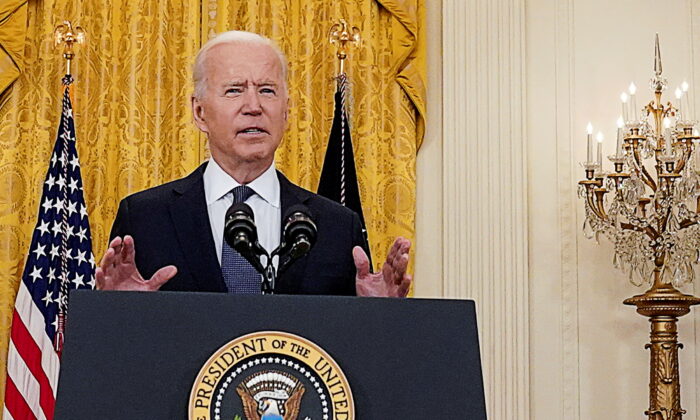 President Joe Biden delivers remarks on the U.S. economy in the East Room at the White House, on May 10, 2021. (Kevin Lamarque/Reuters)
Pandemic Ties to CCP

President Joe Biden said on May 26 that the U.S. Intelligence Community (IC) believes there are “two likely scenarios” that may have caused the CCP virus outbreak in China, noting that a significant number of officials believe the virus was spread due to a “laboratory accident.”

His statement, released by the White House, comes amid officials saying they don’t believe the virus developed naturally—contradicting the official narrative of the Chinese Communist Party, which has said the virus was spread through a wet market in Wuhan, Hubei Province, in late 2019. In recent days, a growing number of officials, including U.S. National Institute of Allergy and Infectious Diseases chief Anthony Fauci, have suggested that the virus didn’t develop naturally.

“After I became President, in March, I had my National Security Advisor task the Intelligence Community to prepare a report on their most up-to-date analysis of the origins of COVID-19, including whether it emerged from human contact with an infected animal or from a laboratory accident,” Biden said, adding that he wanted intelligence agents to “redouble” their efforts in finding the origin of the virus.

“As of today, the U.S. Intelligence Community has ‘coalesced around two likely scenarios’ but has not reached a definitive conclusion on this question,” the president stated. “Here is their current position: ‘while two elements in the IC leans toward the former scenario and one leans more toward the latter—each with low or moderate confidence—the majority of elements do not believe there is sufficient information to assess one to be more likely than the other.’”

Biden said he wanted the IC—the group of separate United States government intelligence agencies and subordinate organizations—to produce a report in 90 days regarding the virus’s origins.

Since the start of the pandemic, a number of Republican lawmakers as well as former President Donald Trump have suggested that the virus may have been developed in and escaped from the Wuhan Institute of Virology (WIV), a top-security laboratory located just miles from the aforementioned wet market. A team of investigators, led by the World Health Organization (WHO), attempted to research the virus’s origins in China, though many have noted that CCP officials were present throughout the WHO’s efforts, and critics have said the regime played a significant role in the investigation.

During the onset of the pandemic, the Chinese regime was accused of engaging in a coverup of the virus‘s origins and silencing doctors, officials, and scientists who tried to speak out.

“There is overwhelming circumstantial evidence … to support a lab leak as the origination of COVID-19,” a May 19 report from Republicans, led by Rep. Devin Nunes (R-Calif.), the ranking House Intelligence member, said. “By contrast, little circumstantial evidence has emerged to support the PRC’s [People’s Republic of China] claim that COVID-19 was a natural occurrence, having jumped from some other species to humans.”

The former head of the U.S. Centers for Disease Control (CDC), Dr. Robert Redfield, a virologist, also told CNN earlier this year that the virus likely “escaped” from the lab, noting: “It’s not unusual for respiratory pathogens that are being worked on in a laboratory to infect a laboratory worker.”

The CCP has denied that the virus’s origin is linked to the WIV and has frequently said that the virus was transmitted to humans from an animal host, although it’s not clear what animal the country is claiming it was from.

Correction: The Province Wuhan is located in has been corrected. The Epoch Times regrets the error.