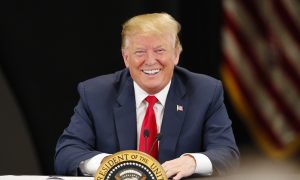 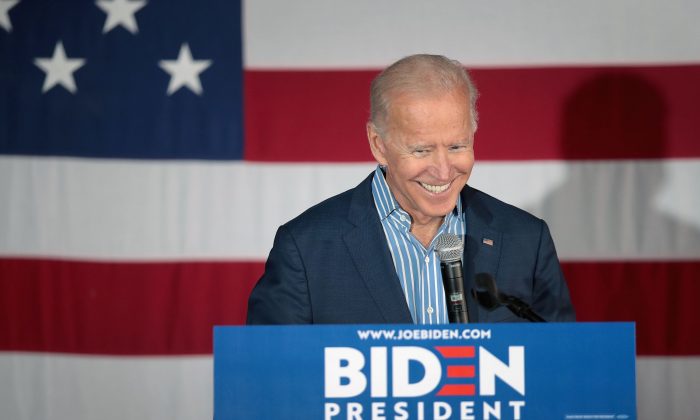 Recent remarks by former Vice President Joe Biden shrugging off the threats posed by China has drawn criticism from politicians on both sides of the aisle.

Biden, who recently announced his bid for the 2020 Democratic presidential nomination, said at a campaign rally in Iowa on May 1 that China, the world’s second-largest economy, is “not competition” for the United States.

Touting the United States’ preeminence on the world stage, Biden said he didn’t know of a “single, solitary” world leader who wouldn’t want to trade places with the U.S. president.

Biden on China: “They’re not competition for us”

I was just at a manufacturing plant that is being threatened by China’s corrupt trade practices. Not to mention the national security threats they pose. Joe is plain wrong. China is absolutely a threat. pic.twitter.com/qOlr1YIAVR

“China is going to eat our lunch? Come on, man!” Biden said at a campaign event, arguing that the Chinese regime had enough on its hands dealing with domestic problems.

“They can’t figure out how they’re going to deal with the corruption that exists within the system,” Biden continued. “They’re not bad folks, folks. But guess what, they’re not competition for us.”

Biden’s dismissal of China as a competitor to the United States drew a swift reaction from Romney, who was the Republican presidential nominee in 2012.

This will not age well. https://t.co/IJ8vkPJ5SV

“I was just at a manufacturing plant that is being threatened by China’s corrupt trade practices,” Byrne wrote. “Not to mention the national security threats they pose. Joe is plain wrong. China is absolutely a threat.”

Meanwhile, self-identified socialist Sanders also hit out against his top rival for the Democratic nomination, writing in a tweet, “It’s wrong to pretend that China isn’t one of our major economic competitors.”

Sanders added that since the passage of the 2000 bill normalizing trade relations with China, “America has lost over 3 million manufacturing jobs.”

Biden’s campaign spokesperson responded on May 1, saying that the former vice president “underscored that, whatever challenges we face as a nation, including those posed by a rising China, they pale in comparison to the structural and social challenges that confront China itself,” The Washington Post reported.

Shortly after Biden announced his presidential bid, former White House strategist Steve Bannon called on the former vice president to disclose his and his family’s links to the Chinese communist regime.

“Joe Biden’s gotta come 100 percent clean on his relationship and his family’s relationship with the CCP [Chinese Communist Party],” Bannon said at a conference in New York City on April 25, hosted by the Committee on Present Danger: China.

“We need to know every piece of involvement that Joe Biden has had with the CCP, the Bank of China, and all the financial institutions in China.”

Bannon was referring to revelations detailed in the 2018 book “Secret Empires: How the American Political Class Hides Corruption and Enriches Family and Friends” by author Peter Schweizer, which alleges a deal took place in 2013 between the now-defunct investment firm Rosemont Seneca Partners—co-founded by Biden’s son Hunter Biden—and the state-run Bank of China.

At the time, a Biden aide disputed the claims in Schweizer’s book. The aide told The Wall Street Journal, in response: “We aren’t going to engage on politically motivated hit pieces based on a series of demonstrable, factual errors from a Breitbart-affiliated author and his financial backers.”

“Joe Biden was there for eight years. We had the Munich [Olympics, hosted by Nazi Germany] of the 21st century [which] was allowing the CCP to build those islands [in the South China Sea],” he said. Beijing has built artificial islands to bolster its territorial claims there, which are disputed by a number of Asian countries.

“Having President Xi come in the Rose Garden, look him [Obama] in the eye, and on world TV, shake his hand and say, ‘No more cyber attacks, no more cyber theft.’ … Joe Biden has to answer the question: ‘What did you know, when did you know it, and how much money has your family and you personally taken from the most murderous regime of the 21st century?'”