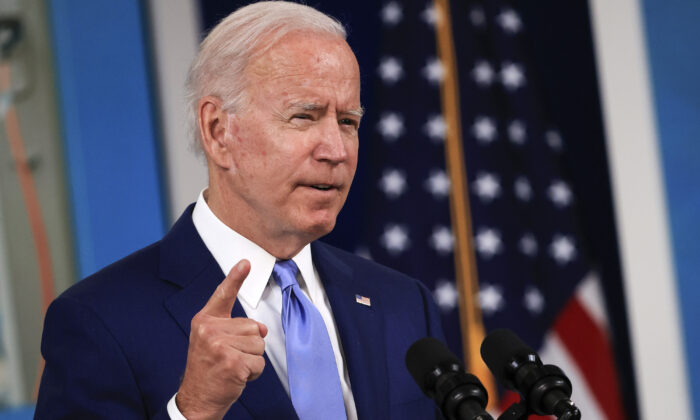 President Joe Biden has signed a measure into law that provides funding for the treatment of U.S. officials who have suffered brain injuries and other symptoms consistent with what’s known as “Havana Syndrome,” the cause of which remains a mystery.

Biden signed the Helping American Victims Afflicted by Neurological Attacks (HAVANA) Act into law on Oct. 8. Congress approved the measure unanimously in September, providing funds for the treatment of more than 200 government employees who say that they’ve been affected.

“Civil servants, intelligence officers, diplomats, and military personnel all around the world have been affected by anomalous health incidents,” Biden said in a statement, vowing to get to the bottom of what’s causing the symptoms and who’s behind them.

Lawmakers in both parties have speculatively described the strange phenomenon as “directed-energy attacks.”

“Some are struggling with debilitating brain injuries that have curtailed their careers of service to our nation. Addressing these incidents has been a top priority for my administration,” Biden said.

The new law authorizes the CIA director, the secretary of state, and other agency heads to provide medical and financial help to victims who have suffered brain injuries as a result of what could be intentional attacks by hostile foreign powers.

U.S. authorities have struggled to understand the mysterious incidents since they were first noted in 2016, when diplomatic and intelligence personnel in Cuba first began reporting disturbing symptoms, including head pressure or vibration and dizziness, sometimes followed by visual problems and cognitive difficulties.

White House press secretary Jen Psaki told reporters that the U.S. government is “determined to get to the bottom as quickly as possible of the attribution and cause of these incidents,” with the intelligence community “in the lead on that.”

“They have launched a large-scale investigation into the potential causes. They’re actively examining a range of hypotheses, but they have not made a determination about the cause of these incidents or who is responsible,” she said.

Asked about whether Americans traveling abroad were at risk from whatever is behind the phenomenon, Psaki said that wouldn’t be an accurate assessment, given that a positive attribution has yet to be made.

There have been reports that, behind closed doors, U.S. lawmakers are growing increasingly confident that hostile foreign powers are behind the suspected attacks.

A State Department-sponsored study into the phenomenon by the National Academy of Sciences considered chemical exposures, infectious diseases, and psychological issues as being behind the symptoms, but concluded that the most likely cause was directed microwave energy.

“Overall, directed pulsed RF (radio frequency) energy, especially in those with the distinct early manifestations, appears to be the most plausible mechanism in explaining these cases among those that the committee considered,” the report reads.

The report didn’t suggest that microwave energy was part of a deliberate scheme targeting U.S. personnel, but noted that “the mere consideration of such a scenario raises grave concerns about a world with disinhibited malevolent actors and new tools for causing harm to others, as if the U.S. government does not have its hands full already with naturally occurring threats.”