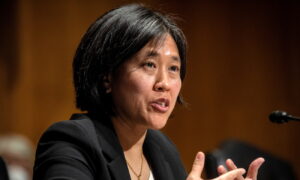 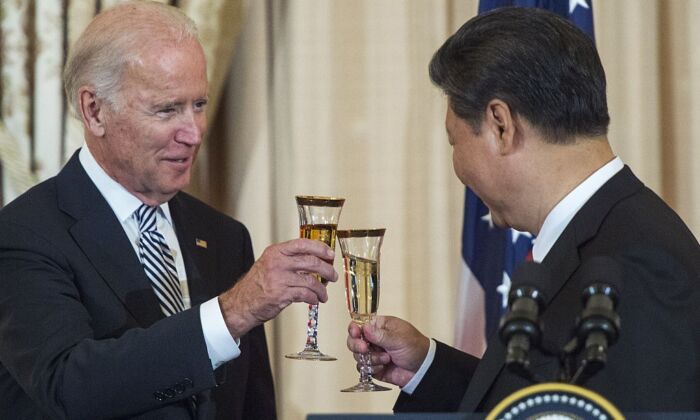 On July 19, The Epoch Times published an exclusive interview with Dr. Peter Navarro, an economist and one of President Donald Trump’s main architects of tariffs on $360 billion worth of China’s exports to the United States. “In a world of unfair trade, tariffs represent an essential tool to level the playing field for American workers and manufacturers to compete against all manner of trade cheating and sweatshop labor,” Dr. Navarro wrote. “The Trump Administration saved America’s steel and aluminum industries with tariffs that defended against unfair and massive dumping.”

Tariffs are critical to protecting America’s industrial and technological base from China’s predatory trade practices. Yet, the Biden administration is hinting at a cancellation of Trump’s China tariffs. Treasury Secretary Janet Yellen said on July 16, “My own personal view is that tariffs were not put in place on China in a way that was very thoughtful with respect to where there are problems and what is the U.S. interest.” She continued, “Tariffs are taxes on consumers. In some cases, it seems to me what we did hurt American consumers, and the type of deal that the prior administration negotiated really didn’t address in many ways the fundamental problems we have with China.”

Secretary Yellen was factually incorrect in saying that “Tariffs are taxes on consumers.” In fact, the China tariffs tended to be borne in large part by the American importers. The importers typically attempt to offload tariff-driven price increases upwards in its supply chain, which in this instance includes the Chinese exporters. Depending on the type of goods imported, it can also include American distributors and retailers downstream. Only rarely would it include American consumers, as the importer, distributors, and retailers try not to price themselves out of the market. Yellen inaccurately calls these price negotiations, up and down the supply chain, “taxes on consumers.”

A more helpful approach for the U.S. businesses that bear the brunt of the China tariffs, would be to support a Presidential decree that moves tariffs upstream to the Chinese exporter. This would improve American importer, distributor, and retailer negotiating positions, thereby benefiting them all, as well as ultimately improving the position of the American consumers.

Consumers themselves can walk away from higher-cost tariffed products, pressuring American retailers, distributors, importers, and Chinese exporters, to bring down costs. When they refuse to do so, at least some consumers will purchase American-made goods instead. The American manufacturers then expand production, producing jobs and a healthier industrial and manufacturing ecosystem that is important to America’s economic and national security, including during emergencies when acquiring goods from abroad is difficult.

“Secretary Yellen may misunderstand the strategic objective of the Trump Administration in crafting not just tariffs on China, but its approach to protecting American industry more generally,” wrote Alex Gray, a senior fellow at the American Foreign Policy Council and former chief of staff of the National Security Council. “As laid out in the 2017 National Security Strategy and President Trump’s Executive Order 13806, the Trump administration approached the protection of industries critical to U.S. national security and military capability from unfair competition as a major priority. China has systematically targeted key U.S. sectors critical for our economic and national security over the last two decades, and the Trump administration undertook a holistic strategy, including a robust trade agenda, to address that challenge.”

Navarro’s response, published by The Epoch Times on July 19, covered the main omissions in Yellen’s analysis, and explained the strategic importance of the China tariffs. But, there is much more to be said on how to make the current tariffs stronger and more effective. In particular, there is a pressing need for President Biden to shift the initial burden of tariffs payment from American importers to Chinese exporters.

“Should Secretary Yellen and her colleagues genuinely wish to help Americans, they should shift the tariff payment responsibility to the Chinese rather than U.S. businesses,” wrote Nazak Nikakhtar, former Under Secretary of Industry and Security, in an email.

The legal rationale behind most of the China tariffs is the recovery of up to $600 billion annually from China’s intellectual property (IP) theft from America. This rationale utilizes section 301 of the Trade Act of 1974.

“It fundamentally makes no sense, on the one hand, to penalize the Chinese for IP theft while, on the other hand, make U.S. businesses pay for China’s wrongdoing,” wrote Ms. Nikakhtar. “The President has broad authority to shift the tariff payment responsibility to the Chinese, and the authority needs to be exercised.”

Aris Kourkoumelis, a former Senior Counsel at the Department of Commerce, wrote, “The ultimate liability for goods imported into the United States subject to 301 tariffs is borne by the importer of record (predominantly US companies). In practice, this [liability] negatively affects the domestic importer’s bargaining position by requiring the importer to bear the cost, or, alternatively, shift that burden to the Chinese exporter. It seems completely counterintuitive to have US law, enacted to protect US interests, handicap the domestic companies into bearing the ultimate liability of the tariffs. We should aim always to maximize the bargaining position of our US companies—the ultimate goal being to minimize the downstream cost to US consumers.”

Nikakhtar wrote in an email, “Secretary Yellen’s statement that the China tariffs hurt U.S. consumers misses the entire point. The tariffs were imposed to address China’s IP theft, which has hurt Americans through job losses and wage depression much more than the temporary impact of the tariffs. Further, the notion that diplomatic negotiations with the Chinese will stop their IP theft or their other predatory behavior is absurd. We have years of evidence demonstrating that the Chinese government does not adhere to its legal obligations and never intends to do so. So, why are we pursuing the same failed strategies? Progress is not achieved by going around in circles.”

She detailed the ways in which President Biden could advance America’s trade agenda with China, using his executive authority to more effectively shift the burden of the China tariffs from the American importers to the Chinese exporters. “U.S. laws are generally silent as to which entity is required to pay tariffs, whether it is the foreign exporter or the U.S. importer, leaving it up to parties to a particular transaction to decide. After the imposition of the Section 301 China tariffs, many U.S. industries complained that Chinese exporters were forcing them to pay the tariffs, and because China was the only source of supply for many of these imported goods, U.S. industries had no choice but to pay. Legally shifting the tariff responsibility changes that” and “could also reduce instances of tariff circumvention through incorrect import declarations.”

“If China wants to retain access to the U.S. market, then it makes sense to require them to pay tariffs and compensate the United States for its decades-long practice of rampant IP theft,” Nikakhtar added. “The Administration, specifically through the authority of the United States Trade Representative, has broad power under Section 301(b) and (c) of the Trade Act of 1974, as amended, to impose import restrictive measures that address and remedy the burdens placed on U.S. commerce by foreign trading partners’ unjust trade practices. This can be done through a presidential proclamation.”

President Biden should insist that his cabinet undertake the extra work of enforcing tariffs against Chinese exporters, rather than against more compliant American importers. It makes good sense, strengthens the tariffs, and improves the bargaining position of not only the U.S. government, but also American importers, distributors, retailers, and consumers.