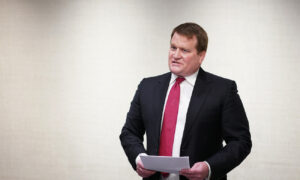 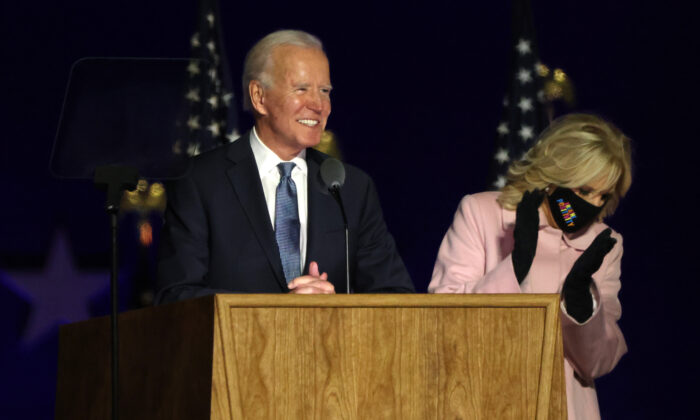 Democratic presidential challenger Joe Biden said he would bring the United States back to the Paris Climate Accord on his first day in office, if he wins the election.

“Today, the Trump Administration officially left the Paris Climate Agreement,” Biden wrote this week. “And in exactly 77 days, a Biden Administration will rejoin it.”

The United States officially left the accord on Nov. 4, becoming the only nation to do so. President Donald Trump said the agreement would harm American jobs and would be damaging to the U.S. economy.

Former President Barack Obama joined the deal during the final months of his administration.

“One of the reasons I ran for this office was to make sure that America does its part to protect this planet for future generations,” Obama said. “Over the past seven and a half years, we’ve transformed the United States into a global leader in the fight against climate change. But this is not a fight that any one country, no matter how powerful, can take alone.”

During the final stretch of his campaign, Biden faced criticism from Republicans over his final debate comments that he would “transition from oil.” He also suffered criticism after he made conflicting statements about hydraulic fracturing, commonly known as fracking, for natural gas. In 2019, during a Democratic primary debate, Biden said he would do away with fracking but later clarified his stance, saying he wouldn’t.

After the final debate, Biden’s campaign said he wouldn’t “transition from oil” but would instead end subsidies on oil production.

Biden, in a news conference on Nov. 4, said his campaign believes he will be the winner.

“Every indication shows” that Biden will win the popular vote in the United States, he said at the conference. “Indeed, Senator [Kamala] Harris and I are on track to win more” votes than “any ticket” ever.