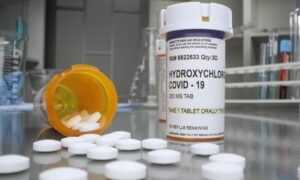 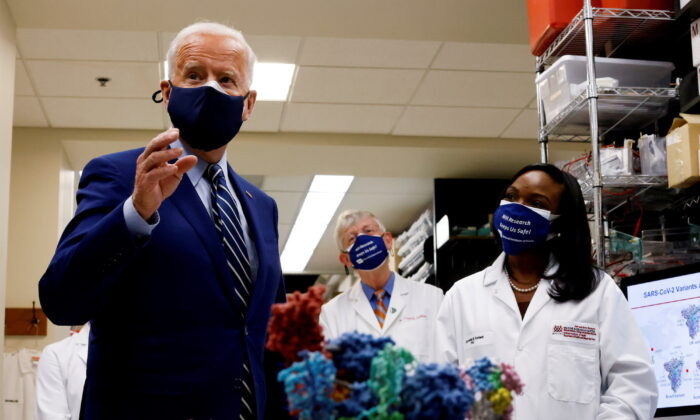 President Joe Biden said Thursday that federal authorities have purchased additional doses of Pfizer’s and Moderna’s COVID-19 vaccines, putting the government on track to have enough supply for 300 million Americans by summertime.

Biden made the remarks at the National Institutes of Health (NIH) in Bethesda, Maryland, on Thursday, where he spoke about the nation’s vaccine stockpile, a fraught topic amid reports that demand is far outstripping supply.

Both companies also agreed to expedite delivery of 100 million doses by the end of May, about a month ahead of schedule.

“That’s a month faster. That means lives will be saved. That means we’re now on track to have enough supply for 300 million Americans by the end of July,” Biden said.

Pfizer spokeswoman Sharon Castillo confirmed that it and BioNTech had reached a deal with the U.S. government.

The new vaccine orders, in addition to 400 million doses previously contracted, would allow the United States to vaccinate a total of 300 million people by July 31 using doses from the two vaccines authorized. That would be enough to vaccinate most people in the 331 million population who want it, given that the two vaccines are not authorized for children and that many people have said they don’t want shots.

With Americans struggling to get appointments for their inoculations, Biden complained that former President Donald Trump did not do enough on vaccine distribution.

“While scientists did their job in discovering vaccines in record time, my predecessor—I’ll be very blunt about it—did not do his job in getting ready for the massive challenge of vaccinating hundreds of millions,” Biden said.

“That is why the new Administration’s goals were being surpassed before they even came into office. Enough with the lies, excuses & political potshots. Time to lead,” he said.

Trump has expressed pride in the speed of the vaccine development on his watch, with Operation Warp Speed helping to surge vaccine rollout in a historically unprecedented time.

Biden said the U.S. coronavirus death toll is likely to reach 500,000 next month. He urged Americans to wear masks to prevent the spread.