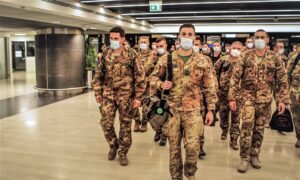 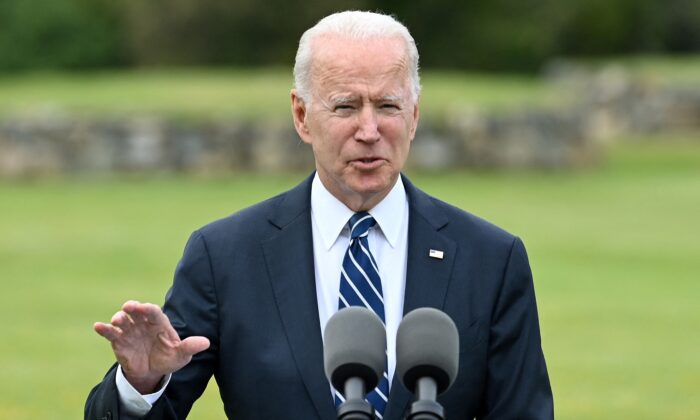 President Joe Biden says the United States will complete the war in Afghanistan by Aug. 31, and the military will continue to provide funding, equipment, and humanitarian aid to the war-torn country.

“Afghan leaders have to come together to drive toward a future that the Afghan people want and deserve,” Biden said during a July 8 news conference in Washington.

The statement from the president comes as the Taliban terrorist group has made significant advances in recent weeks following the United States’ decision to withdraw. Biden announced the full withdrawal from Afghanistan in April, essentially ending the longest war the United States has fought.

The Pentagon stated that more than 90 percent of the withdrawal process has been completed so far. But at the same time, the Taliban for the past several weeks has made major battlefield advances and has captured U.S. military vehicles that were being used by the beleaguered Afghan army.

During his speech, Biden said that more than 300,000 members of Afghanistan’s military have been trained by U.S. forces over the past 20 years and that they have “all the tools and training equipment of any modern military.”

“We did not go to Afghanistan to nation-build,” the president said. “It is the right and the responsibility of Afghan people alone to decide their future and how they want to run their country.”

Biden was asked by a reporter whether he believes the Taliban will fully take over Afghanistan. In response, Biden said he doesn’t believe that will happen because Afghanistan’s military is equipped against “against something like 75,000 Taliban,” and “it is not inevitable” the group will take over.

The president said relocation flights for Afghan translators and contractors who worked alongside the U.S. military will be provided in the near future. As for where they will go, the administration has “identified facilities outside of the U.S. and in third countries,” Biden said.

The Taliban’s leadership over the country was toppled in 2001 after the U.S. invasion after the Sept. 11, 2001, terrorist attacks. The group was accused of harboring terror mastermind Osama bin Laden, who was killed during a raid about 10 years later in neighboring Pakistan.

“The United States did what it went to do in Afghanistan,” Biden said, referring to the killing of bin Laden.

Meanwhile, Afghan forces on July 8 took back control of a western provincial capital stormed by the Taliban a day earlier. Some fighting continued on the fringes of Qala-e-Naw, the capital of Badghis Province, which borders the Central Asian country of Turkmenistan, officials told Reuters.

“The city is fully [back] under our control, and we are conducting operations against the Taliban on the outskirts of the city,” Defence Ministry spokesman Fawad Aman said.

Taliban advances have been especially dramatic in northern provinces where they had long been kept at bay. Stop-start peace talks between the government and insurgents remain inconclusive.

Separately, UK Prime Minister Boris Johnson confirmed on July 8 that most British troops have left the country, arguing that the threat posed by al-Qaeda has been substantially diminished.

“We must be realistic about our ability alone to influence the course of events. It will take combined efforts of many nations, including Afghanistan’s neighbors, to help the Afghan people to build their future,” Johnson said during a news conference. “But the threat that brought us to Afghanistan in the first place has been greatly diminished by the valour and by the sacrifice of the armed forces of Britain and many other countries.”