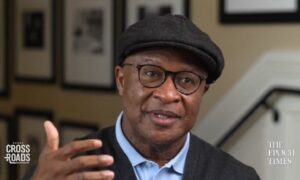 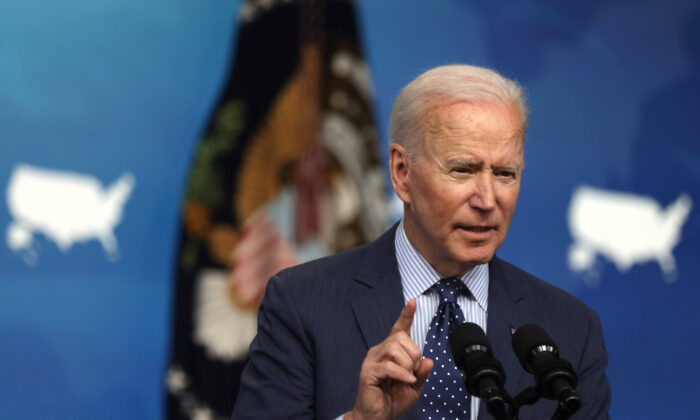 President Joe Biden speaks during an event in the South Court Auditorium of the White House in Washington on June 2, 2021. (Alex Wong/Getty Images)
Executive Branch

President Joe Biden said on June 4 that the supplemental federal pandemic unemployment assistance should terminate in line with its scheduled expiry date in September.

Business groups and Republican leaders have blamed business hiring woes on generous unemployment benefits, which they argue have created a disincentive for people to take jobs.

“Biden and Democrats are holding back Americans from re-entering the workforce and, therefore, holding back our economy,” said Ronna McDaniel, chairwoman of the Republican National Committee.

Dozens of Republican-led states have announced an early end to the $300 weekly federal pandemic unemployment boost before funding for the program is set to expire in September, with many of those states also moving to opt-out of other federal pandemic unemployment compensation programs. On June 1, Maryland became the 25th state headed by a Republican governor to say it will terminate the weekly unemployment boost, with all 25 states looking to terminate the payments at some point between June 12 and July 13.

Biden, who has pushed back against the notion that unemployment compensation is discouraging people from taking jobs, said on June 4 that it’s reasonable for the benefits to terminate in line with their scheduled date.

While Biden has blamed other factors for the labor crunch, such as child care needs amid school closures and people worried about catching COVID-19, he said at a briefing in May that his administration would work with states on renewing requirements preventing workers from continuing to collect federal jobless benefits if they turn down “suitable” jobs offered to them.

Goldman Sachs economists said in a note in May that the spring labor shortage would push wage growth to 3.3 percent in the near term, before tapering off.

“We expect these supply constraints to keep labor markets somewhat tight and push up wage growth in the near term, but to fade in the coming months and disappear in September, when most schools will have fully reopened, widespread vaccination will have dramatically reduced perceived health risk, and the $300 federal UI payments will have expired,” the report said.

The economy remains roughly 7.6 million jobs down compared to before the pandemic.