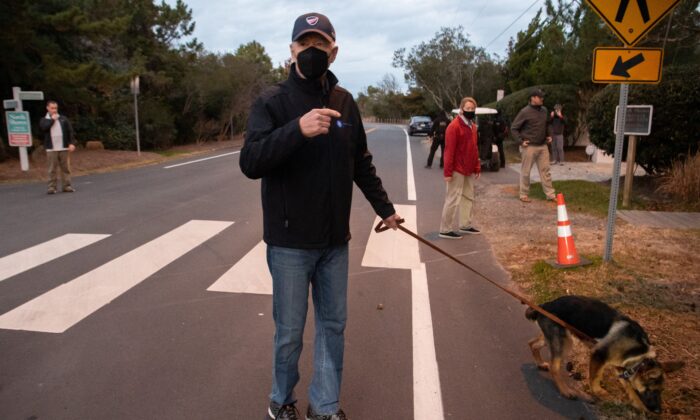 President Joe Biden will decide whether to require COVID-19 vaccination for people traveling within the United States when he gets a recommendation from his medical team to impose such a requirement.

Asked about the possibility of a mandate to travel inside the country, Biden told reporters on Dec. 28 in Delaware that he’d decide “when I get a recommendation from the medical team.”

A day earlier, Biden declined to say whether he supported requiring vaccination to travel within the United States. During the first week of December, Biden said there wouldn’t be a mandate for domestic travel “at this point.” He has recently said that his team advised him that such a requirement wasn’t necessary.

“When you make vaccination a requirement, that’s another incentive to get more people vaccinated. If you want to do that with domestic flights, I think that’s something that seriously should be considered,” Fauci, the longtime head of the National Institute of Allergy and Infectious Diseases, said during an appearance on MSNBC.

However, another top adviser to Biden said on Dec. 28 that officials weren’t “revisiting” the matter.

“Right now, what we’re talking about is ways to get people vaccinated. Certainly, domestic flights has been a topic of conversation, but that is not something we’re revisiting right now,” Dr. Rochelle Walensky, head of the Centers for Disease Control and Prevention, told NPR.

U.S. officials have repeatedly imposed restrictions during the pandemic that they initially said weren’t needed, including masking requirements and vaccine mandates.

Fauci said during an appearance on CNN on Dec. 27 that people shouldn’t expect a vaccination requirement for domestic air travel, at least for now.

“When I was asked that question, I gave an honest answer. It’s on the table, and we consider it. But that doesn’t mean it’s going to happen. I doubt if we’re going to see something like that in the reasonably foreseeable future,” he said.

The proposed requirement has drawn criticism from civil liberties groups and others. Matt Welch, editor at large at Reason, a libertarian magazine, wrote that mandating vaccination for domestic travel “would almost certainly necessitate the creation of a single national vaccine database” and would likely lead to more flight delays and cancellations.