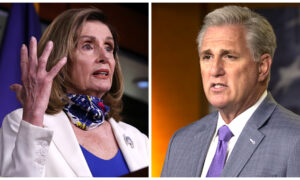 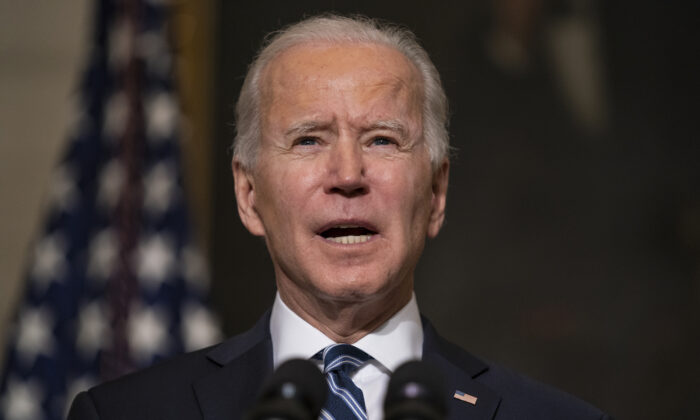 President Joe Biden says he’s withdrawing a package of spending cuts that were proposed by former President Donald Trump prior to leaving office.

Trump announced his spending cut package on Jan. 14, less than a week before he was scheduled to leave office.

He had previously signaled that he would propose “rescissions” to a $2.3 trillion government funding bill to reduce spending in particular areas his administration had deemed “wasteful.”

The spending-cut proposals were made by invoking the 1974 Impoundment Control Act. Under the act, if a president wants to spend less money than Congress provided for a particular program, he can seek congressional approval to rescind by sending a special message to Congress identifying the amount he proposes to rescind, the reasons for it, and the economic effects of the rescission.

According to Trump’s letter to Congress, his proposed rescissions in preference of COVID stimulus were expected to affect programs in the departments of Agriculture, Commerce, Education, Energy, Health and Human Services, Homeland Security, Interior, Justice, Labor, State, and the Treasury.

Other programs included the African Development Foundation, the Commission of Fine Arts, the Corporation for National and Community Service, the District of Columbia, the Environmental Protection Agency, the Inter-American Foundation, the Millennium Challenge Corporation, the National Endowments for the Arts and Humanities, the National Gallery of Art, the Peace Corps, the Presidio Trust, the United States Agency for International Development, the Army Corps of Engineers, and the Woodrow Wilson International Center for Scholars.

“I will sign the Omnibus and COVID package with a strong message that makes clear to Congress that wasteful items need to be removed. I will send back to Congress a redlined version, item by item, accompanied by the formal rescission request to Congress insisting that those funds be removed from the bill,” Trump said at the time.

Several Democrats in Congress criticized Trump’s move to cut spending, including Rep. John Yarmuth (D-Ky.). The chairman of the House Budget Committee accused the former president of trying to “inflict as much harm as possible” before leaving office and characterizing his budget request as “damaging and irrational.”

Yarmuth claims that the rescission proposals would cut funding to “programs critical in the fight against COVID-19, climate change, and strengthening America’s global leadership.”

Congress’s spending bill drew widespread scrutiny in December as lawmakers rushed to pass the measure to avert a shutdown. The funding measure was agreed on by the House and the Senate following months of stalled negotiations and posturing.

The more than 5,500-page bill passed both houses of Congress to the dismay of some lawmakers from both sides of the aisle, who said they didn’t have sufficient time to read the legislation.

The package includes a $1.4 trillion omnibus bill that will fund defense spending and domestic programs and $900 billion in COVID-19 pandemic relief.

The measure was heavily criticized by Trump and others for “wasteful items” and “unnecessary” spending such as sending hundreds of millions of dollars overseas for foreign aid and funding domestic programs for entities that are “not even open for business.”