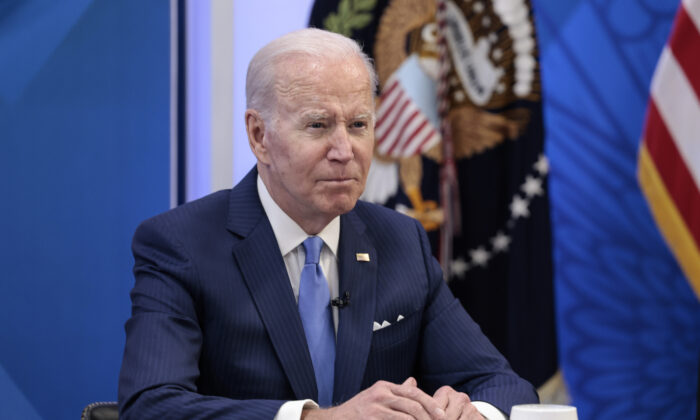 U.S. President Joe Biden is requesting an additional $33 billion from Congress to further fund Ukraine in its war with Russia. That amount would bring the total U.S. support to Ukraine to nearly $50 billion since Russia first invaded Ukraine on Feb. 24.

“The cost of this fight is not cheap, but caving to aggression is going to be more costly if we allow it to happen,” Biden said during a live address on April 28. “We either back the Ukrainian people as they defend their country, or we stand by as the Russians continue their atrocities and aggression in Ukraine.”

U.S. officials have predicted that the two-month-old conflict between Russia and Ukraine could continue for months or even years, and some members of Congress have voiced support for Biden’s call to boost U.S. spending.

“If Putin thought he could invade Ukraine with impunity, this request by @POTUS is another reminder that he made a severe miscalculation,” Sen. Chris Van Hollen (D-Md.) wrote on Twitter. “Now, Congress must act with the urgency this moment demands to approve this additional funding to support Ukraine.”

Others in Congress are voicing opposition.

“I will oppose the bill because American taxpayers should not be conscripted into this war,” Rep. Thomas Massie (R-Ky.) write in an email to The Epoch Times.

The request from Biden comes alongside an additional ask for $22.5 billion from Congress to combat the spread of the CCP (Chinese Communist Party) virus, which causes COVID-19.

When asked if the COVID relief should be tied to the aid to Ukraine in one bill Biden said, “well, I don’t care how they tie—how they do it. I’m sending them both up. I mean, I—they can do it separately or together. But we need them both.”

Ukraine’s military released an April 28 statement saying that Russia is “increasing the pace of [its] offensive operation” and “exerting intense fire in almost all directions.”

The day prior, Russia cut off natural gas to NATO members Poland and Bulgaria for refusing to pay in rubles, and threatened to do the same to other countries. The European Union condemned the action as “blackmail.”

On April 28, Biden once again rejected the idea that Russia’s war in Ukraine could grow into a larger proxy conflict between Moscow and the United States and NATO, despite the West imposing heavy sanctions against Russia and providing Ukraine with weapons.