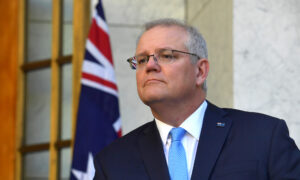 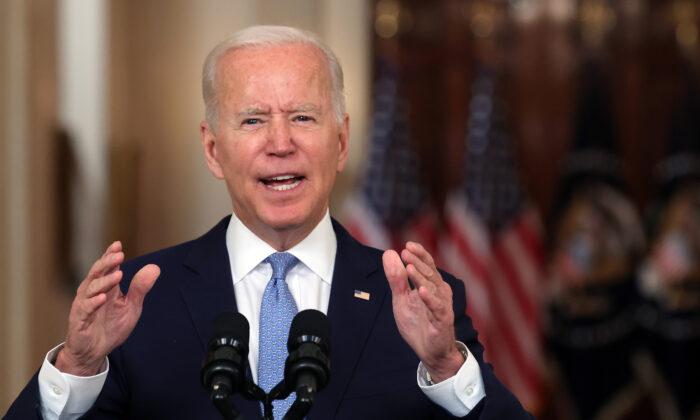 President Joe Biden delivers remarks on the end of the war in Afghanistan in the State Dining Room at the White House on Aug. 31, 2021. (Chip Somodevilla/Getty Images)
Australia

U.S. President Joe Biden has praised the “unsurpassed friendship” between the United States and Australia, as both nations strive for a free and open Indo-Pacific region.

The president’s video message, posted on the State Department’s Twitter account, marked the 70th anniversary of the ANZUS treaty’s signing in San Francisco on Sept. 1, 1951.

“America will never forget the first and only time the collective defense articles of ANZUS treaty, were formally invoked 20 years ago, was September 11th,” Biden said. “Our Australian friends stood with us, that darkest hour, just as our two nations stood shoulder to shoulder, in every major conflict since World War I.”

“Through the years, Australians and Americans have built an unsurpassed partnership, and an easy mateship grounded and shared values and shared vision for coming together to prove that democracies can deliver in a world of complex challenges,” he added.

Biden’s message was followed by statements from the secretary of state and defense.

“Our partnership is rooted in shared values and a shared vision. Whether we are combating the COVID-19 pandemic, reinvigorating our economies, or advancing cooperation in innovation and education, the United States and Australia are there for each other,” Secretary of State Anthony Blinken said.

Blinken and Defense Secretary Lloyd Austin will meet with their Australian counterparts at the annual AUSMIN talks that are yet to be announced toward the end of the year.

Australian Prime Minister Scott Morrison called ANZUS a “key pillar for peace and stability” in the region, which is contending with increasing aggression from the Chinese Communist Party (CCP).

“The ANZUS treaty breathes and adapts with each passing generation, stewarded by 14 presidents and 14 prime ministers,” he said in a statement.

“Our alliance—and America’s deep engagement in our region—is essential as we look to rebuild from the pandemic and shape a free and open Indo-Pacific that is stable, secure, and prosperous,” he added.

Morrison is expected to speak with Biden this week.

The prime minister, Defence Minister Peter Dutton, and the U.S. embassy’s Charge d’Affaires Michael Goldman laid a wreath in Canberra to mark the anniversary on Wednesday.

“We see Australia as a leader in the region and upon the world stage; a trusted partner, a firm ally, and a truly close friend,” Goldman said in a statement.

A paper released in early August showed that Australia could no longer rely on sheer distance from Asia as a defence, as improvements in military technology have extended the range of Beijing’s firepower to Australia.

Joseph Siracusa, adjunct professor of international diplomacy at Curtin University, previously told The Epoch Times that the ANZUS treaty was essential to ensure stability and a deterrent against aggression.

“Whatever government is in power, for more than 70 years, the primary goal of Australian foreign policy has been to keep the United States engaged in the region, as the ultimate guarantor of Australian security,” he said.