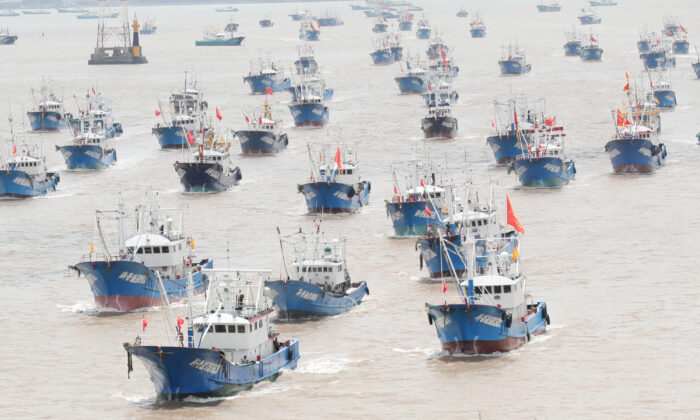 To combat illegal fisheries and harmful fishing practices globally, the United States will increase coordination with both domestic agencies and foreign countries.

An Illegal Unreported and Unregulated (IUU) Fishing Action Alliance among the United States, the UK, and Canada is “a pledge to take urgent action” to improve the monitoring, control, and surveillance of fisheries, according to the White House statement release.

This is the first national security memorandum addressing IUU fishing.

At a White House press briefing on June 27, three U.S. senior administration officials explained the background and purpose of the memorandum. “IUU fishing can be interconnected with a web of other troubling security challenges and criminal activities such as trafficking in persons, forced labor, trade in illicit goods, wildlife trafficking, and other violations of law.”

One official said that the memorandum is not about any one specific country; but “The PRC is a leading contributor to IUU fishing worldwide, and it has impeded progress on the development of measures to combat IUU fishing and overfishing in international organizations.”

The effort will coordinate with the Department of Labor, Department of Defense, the Coast Guard, and other enforcement agencies as well.

The National Oceanic and Atmospheric Administration will work closely with Congress on the implementation of the memorandum.

The Communist regime has constantly claimed itself to be a responsible fishing country that adopted a zero-tolerance policy towards IUU fishery.

According to a JSTOR research report, China’s massive distant water fleet has ventured to all seven seas, and the waters of more than 90 countries both legally and illegally.

To deal with the global illegal fishing problem, 70 countries have joined the Agreement on Port State Measures to Prevent, Deter and Eliminate Illegal, Unreported and Unregulated Fishing, approved by the UN Food and Agricultural Organization (FAO) Conference, and entered into force on June 5, 2016. China was not among them.

Dai Furuo contributed to this report.