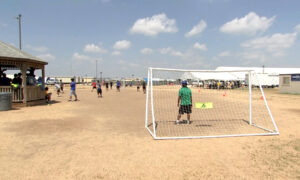 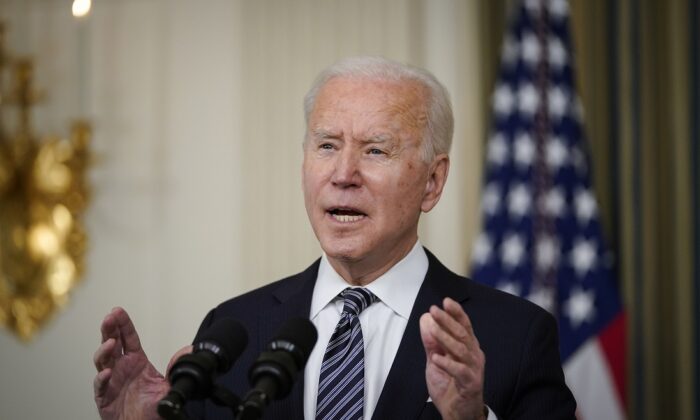 Biden Plans to Run for Reelection in 2024: ‘That’s My Expectation’

President Joe Biden said Thursday that he is planning to run for reelection in 2024, following anonymously sourced reports saying that he would be a one-term president.

“The answer is yes, my plan is to run for reelection,” Biden said at the White House. “That’s my expectation.”

“I’m a great respecter of fate. I’ve never been able to plan four and a half, three and a half years ahead for certain,” he said in a follow-up question.

When he was asked about whether Vice President Kamala Harris would join the ticket, he remarked: “I would fully expect that to be the case … She’s doing a great job. She’s a great partner.”

There have been questions about whether Biden would attempt to run for a second term, as conservatives and other critics have raised red flags about his stamina, cognitive ability, and age. Biden at age 78 is the oldest person to become president, and in 2024, he will turn 82, meaning that he would be 86 years old by the end of his second term.

Throughout the 2020 campaign, Republicans alleged that if Biden wins, he would ultimately step down—or the 25th Amendment would be invoked—to allow Harris to take over as president. Meanwhile, unconfirmed, anonymously sourced articles in late 2019 reported that Biden told campaign staffers at the time that he would serve only a single term. They cited his advanced age as a reason why.

It was the first time the president answered a question about whether he will take another shot at the White House. He has yet to launch an official reelection campaign since he was sworn into office two months ago.

Asked if he is expected to run against former President Donald Trump, Biden responded: “Oh, come on. I don’t even think about—I have no idea.”

“I have no idea if there’ll be a Republican Party,” he added.

Trump, in recent interviews, said he is undecided on running for the presidency in 2024.

“I’ll make that decision sometime later, but there’s a pretty deep bench,” Trump told the podcast “The Truth with Lisa Boothe” on March 22. “I think we’ve got a lot of great people in the Republican Party,” he said.

Since he left office and after Twitter suspended his account, Trump has opted to use press statements via email to communicate.

“I’m doing things having to do with putting our own platform out there that you’ll be hearing about soon,” Trump told Boothe, suggesting that he might create his own social media platform. Trump’s spokesman and adviser, Jason Miller, said last week in a separate interview that the former president was going to come out with his own platform “in probably about two or three months.”