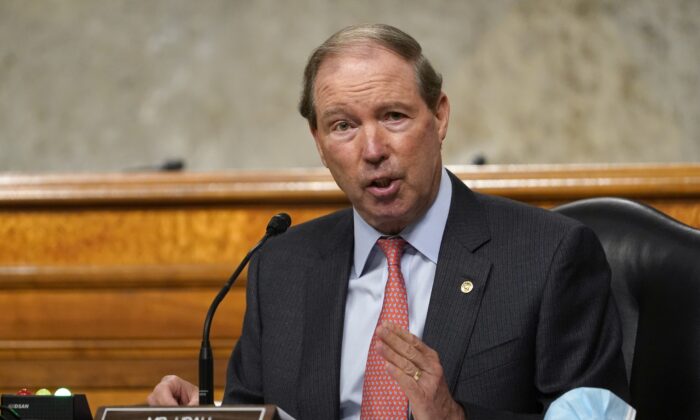 Udall, a Democrat, retired in 2021 after two terms in the Senate representing New Mexico. He spent five terms in the House and served as New Mexico’s attorney general. He comes from a family well known for public service: his father Stewart Udall served as interior secretary, his uncle Mo Udall was a congressman from Colorado, and his cousin Mark Udall was a senator from Colorado.

“Having dedicated my life to public service and having served as a member of the Senate Foreign Relations Committee focusing on policies that promote democracy, international development, and conservation, I am honored to be nominated by President Biden to this next role serving our great country,” Udall said in a statement.

Udall is the third former Senate colleague that Biden has tapped for an ambassadorial position.

Biden is also expected to nominate Democratic fundraiser Jane Hartley to serve as his ambassador to the United Kingdom, according to a person familiar with the decision who was not authorized to comment publicly.

It was not immediately clear when the White House would formally announce the appointment of Hartley, who served as ambassador to France and Monaco during the Obama administration. She was a significant fundraiser for Biden’s 2020 run for the White House.

The White House declined to comment about Hartley’s pending nomination, which was first reported by the Washington Post.

Hartley served as chief executive of the economic and political advisory firm Observatory Group, director of congressional relations for the Department of Housing and Urban Development and in the Carter administration. She is married to Ralph Schlosstein, chief executive of investment bank Evercore.

Biden is also considering nominating Democratic fundraiser George Tsunis, founder and CEO of Chartwell Hotels, to serve as ambassador to Greece, according to two people familiar with the White House deliberations.

Tsunis was nominated by Obama in 2013 to serve as ambassador to Norway, but gave up on consideration after a difficult Senate confirmation hearing. Tsunis acknowledged during the hearing that he had not visited Norway and mistakenly referred to the country’s head of government as “president” rather than “prime minister.”

The White House is weighing Tsunis at the urging of Sen. Robert Menendez, a New Jersey Democrat, according to two people familiar with the administration’s deliberations. Menendez, as chairman of the Senate Foreign Relations Committee, has important influence over the pace of confirmation hearings for the ambassadorial nominees.

By Michael Balsamo and Aamer Madhani