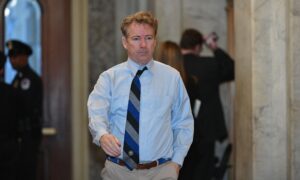 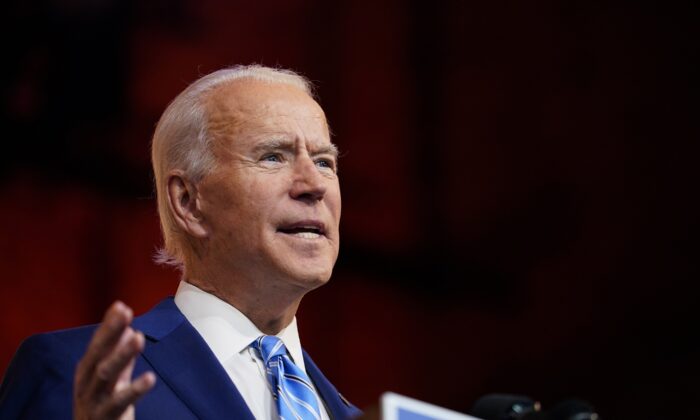 Democratic presidential candidate Joe Biden on Tuesday announced key health team appointees and laid out his plan to fight the pandemic during what would be his first 100 days in office, should he prevail in the contested election.

Biden, who spoke at a briefing in Wilmington, Delaware, said his plan would involve vaccinating 100 million Americans, strengthening mask mandates, and pushing to reopen schools.

“I’m absolutely convinced that in 100 days, we can change the course of the disease and change life in America for the better,” Biden said, adding that he would roll out a “masking plan” that would involve asking all Americans to wear a mask for 100 days and compelling facial coverings where jurisdiction allows.

“It will start with my signing an order on day one to require masks where I can under the law, like federal buildings, interstate travel on planes, trains, and buses,” Biden said, adding that he would work with state and local authorities to persuade them to impose mask mandates.

“We’re going to require masks wherever possible,” he said. “Whatever your politics or point of view, mask up for 100 days.”

Biden also said his team would work to get “at least 100 million COVID vaccine shots into the arms of the American people in the first 100 days,” and that priority would be given to those who are most at risk from the CCP (Chinese Communist Party) virus, including healthcare workers, people in long-term care, and educators.

Vowing to implement “the most efficient mass vaccination plan in U.S. history,” Biden gave credit to the Trump administration for its efforts to surge a vaccine in record time under Operation Warp Speed, calling it a “Herculean task.”

President Donald Trump spoke at the Operation Warp Speed Vaccine Summit on Tuesday, detailing some of his administration’s efforts around vaccine development, saying that “from the instant the coronavirus invaded our shores, we raced into action to develop a safe and effective vaccine at breakneck speed.” His administration provided a total of $14 billion to accelerate vaccine development and to manufacture all of the most promising candidates in advance, he said.

The Food and Drug Administration (FDA) released an analysis of the Pfizer-BioNTech COVID-19 vaccine on Tuesday, concluding it is highly effective and finding “no specific safety concerns” that would prevent the agency from authorizing emergency use of the product. A medical advisory panel is scheduled to meet with FDA representatives on Thursday to discuss approving the vaccine and, if it gets a positive recommendation, the agency could issue the authorization within days.

Biden, at his briefing, said he would appoint Dr. Anthony Fauci, director of the National Institute of Allergy and Infectious Diseases, as his chief medical adviser on the virus. He also introduced California Attorney General Xavier Becerra as his nominee for Secretary of Health and Human Services, a post currently held by Alex Azar.

The rest of Biden’s top public health advisers include Dr. Rochelle Walensky, chief of infectious diseases at Massachusetts General Hospital in Boston, who would run the U.S. Centers for Disease Control and Prevention and Dr. Vivek Murthy, the former surgeon general, who would reprise that role under Biden, if he is inaugurated on Jan. 20. Jeff Zients, an economic adviser, would serve as Biden’s COVID-19 “czar,” overseeing the pandemic response, including vaccine distribution.

Speaking at the vaccine summit, Trump said he hopes “the next administration will be the Trump administration, because you can’t steal hundreds of thousands of votes. You can’t have fraud and deception and all of the things that they did, and then slightly win a swing state.”

Trump’s claims of voter fraud have been disputed by some elections officials.

The Epoch Times has not projected a winner of the presidential election, opting to wait until all legal challenges have been settled.