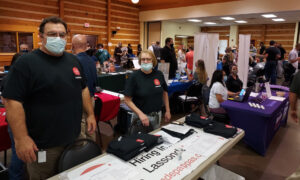 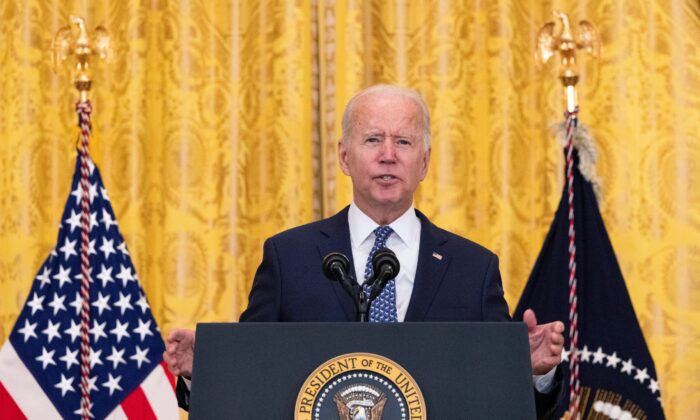 In his speech, Biden recounted past labor movement victories like the eight-hour workday and weekends.

“Unions built the middle class,” he told the room of mostly labor leaders.

Biden also called for the passage of the PRO Act, a bill that would allow more workers to conduct organizing campaigns while weakening “right-to-work” laws that allow workers to avoid paying union dues in more than half the states. He also continued his push for his “Build Back Better” agenda, which proposes widespread changes in education, healthcare, and the workforce.

“My ‘Build Back Better’ investments are going to allow us to keep and progress and move further in the years to come,” he said.

Biden also referred to the ongoing national labor shortage, which according to the Department of Labor has seen the number of job openings increase to a series high of 10.9 million on the last business day of July.

“The economy my administration has built, instead of workers competing with each other for the jobs that are scarce, everybody is mad at me, because guess what, employers are competing to attract workers,” Biden said.

Biden has signed executive orders to create a White House Task Force on Worker Organizing and Empowerment meant to promote competition in the American economy.

Walsh gave opening remarks, where he announced that essential workers during the COVID-19 pandemic will be inducted into the department’s hall of honor alongside the likes of Cesar Chavez, Mother Jones, and the 9/11 first responders.

“Essential frontline workers have carried us on their backs from the beginning of the pandemic,” Walsh said.

Shuler, who was elected into her new role after the passing of AFL-CIO President Richard Trumka last month, also spoke of creating a modern, inclusive labor movement, “with women and people of color moving from the margins to the center.”

Biden also attended a labor event Monday held by the International Brotherhood of Electrical Workers Local 313 in his home state of Delaware, delivering sandwiches to the union members.