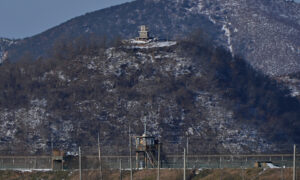 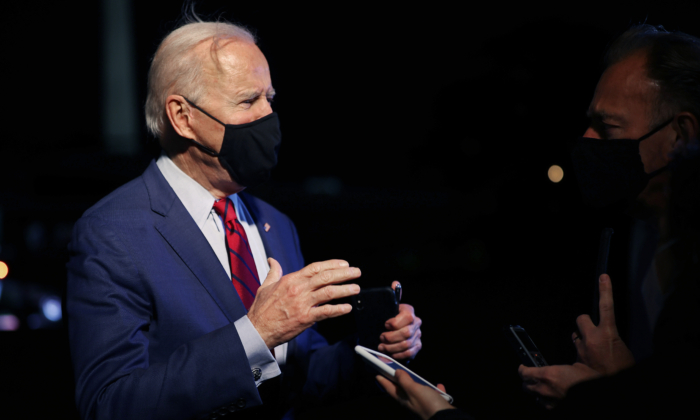 President Joe Biden said on March 23 that North Korea’s test of a short-range missile system is “business as usual.”

The reclusive communist regime conducted the test, its first since Biden took office, over the weekend, according to two senior White House officials who briefed reporters on the condition of anonymity.

Biden, when asked if the test was a provocation, said: “No, according to the Defense Department, it’s business as usual. There’s no new wrinkle in what they did.”

Asked if the weapons test would affect diplomacy, Biden chuckled and walked away.

North Korea has ignored offers from the Biden administration to resume negotiations. Secretary of State Antony Blinken last week pressed China to use its “tremendous influence” to convince Pyongyang to abandon its nuclear program.

The short-range tests conducted over the weekend aren’t a violation of any U.N. Security Council resolutions, according to the White House officials.

South Korean lawmaker Ha Tae-keung said on Facebook that he was told by agency officials from Seoul’s spy agency that the North fired two cruise missiles off its western seaport of Nampo around 6:36 a.m. on March 21. Ha, an executive secretary of the National Assembly’s intelligence committee, which regularly receives closed-door briefings from the spy agency, said he was told that the U.S. and South Korean militaries had detected the launches but had agreed not to publicize them.

Kim Yo Jong’s statement was issued as Blinken and Defense Secretary Lloyd Austin arrived in Asia for talks with U.S. allies Japan and South Korea about North Korea and other regional issues.

Former President Donald Trump, who met with Kim Jong Un three times during his four years in office, was the first U.S. president to set foot on North Korean soil. Pyongyang appears to have not conducted any nuclear or long-range missile tests since 2017.