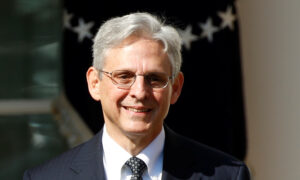 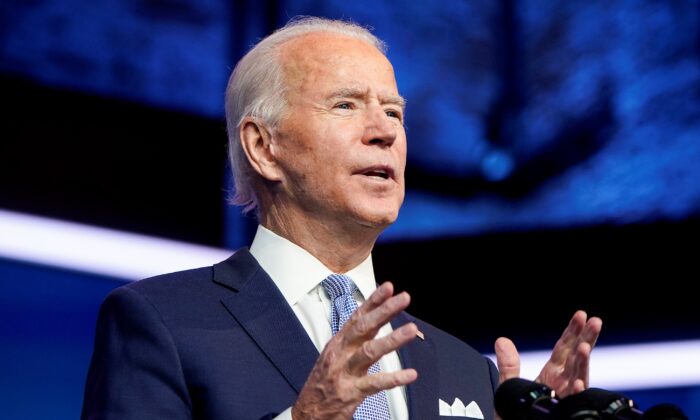 “The National Security Council plays a critical role in keeping our nation safe and secure. These crisis-tested, deeply experienced public servants will work tirelessly to protect the American people and restore America’s leadership in the world,” Biden said in a statement.

“They will ensure that the needs of working Americans are front and center in our national security policymaking, and our country will be better for it.”

Since its creation under President Harry Truman, the council’s role has been to advise the president on national security, foreign policy, and to coordinate among the many government agencies.

The recently nominated members include Melanie Nakagawa as senior director for climate and energy. Nakagawa was deputy assistant secretary for energy transformation at the U.S. State Department and served as a strategic adviser on climate change to then-U.S. Secretary of State John Kerry on the policy planning staff.

Ariana Berengaut was nominated as senior adviser to the national security adviser. She previously served in the Obama administration as speechwriter and counselor to then-Deputy Secretary of State Antony Blinken and as a founding director at the Penn Biden Center for Diplomacy and Global Engagement.

If approved, Jon Finer will be the principal deputy national security adviser. He served in the Obama White House and State Department, including as Middle East adviser and foreign policy speechwriter to Biden.

Caitlin Durkovich was nominated for senior director for resilience and response. Durkovich served as assistant secretary for infrastructure protection and as chief of staff for the National Protection and Programs Directorate (the former name for to the Cybersecurity and Infrastructure Security Agency) at the Department of Homeland Security during the Obama administration.

The senior director for global health security and biodefense nomination went to Elizabeth Cameron, who previously served on the White House National Security Council staff, where she created the Directorate for Global Health Security and Biodefense and was instrumental in launching its agenda. She also served at the defense department as an office director and senior adviser and at the state department where she worked on global threat reduction programs.

Tanya Bradsher was nominated as senior director for partnerships and global engagement. She was a former chief of staff for Rep. Don Beyer (D-Va.) and during the Obama-Biden administration, she served as the assistant secretary for public affairs at the Department of Homeland Security.

Emily Horne would serve as the senior director for press and NSC spokesperson. Horne was previously a civil servant at the state department and she also served as head of global policy communications at Twitter.

Peter Harrell could be the next senior director for international economics and competitiveness. From 2009 to 2014 he served in the Obama-Biden administration on the state department policy planning staff and as a deputy assistant secretary in the Bureau of Economic and Business Affairs.

Ryan Harper was nominated as the deputy chief of staff and deputy executive secretary for the Biden administration. He was a former employee of the Department of Defense under Obama.

Sasha Baker has been nominated for senior director for strategic planning. Prior to her appointment, Baker was national security adviser to Sen. Elizabeth Warren (D-Mass.) and served as a deputy policy director for her presidential campaign.

Yohannes Abraham was nominated for chief of staff and executive secretary. During the Obama-Biden administration, Abraham served as deputy assistant to the president and senior adviser to the National Economic Council. He also worked as chief of staff of the White House Office of Public Engagement and Intergovernmental Affairs.

Other nominees for NSC include Carlyn Reichel for senior director for speechwriting and strategic initiatives, Ella Lipin for senior adviser to the principal deputy national security adviser, and Shanthi Kalathil for coordinator for democracy and human rights.