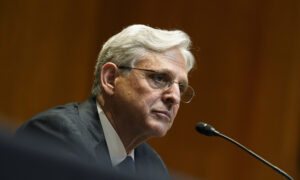 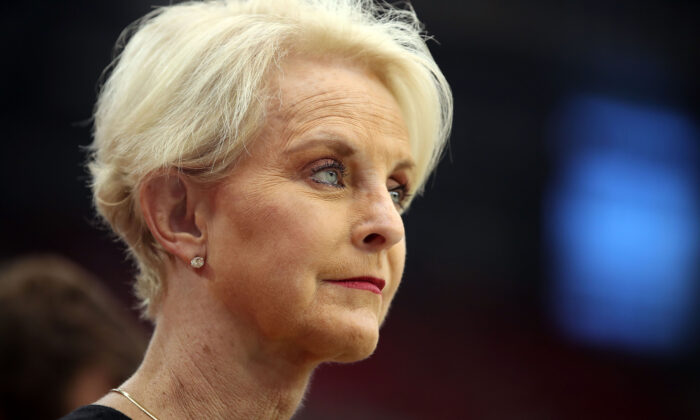 Cindy McCain, wife of the late Sen. John McCain (R-Ariz.) stands on the sidelines before the game between the Arizona Cardinals and the Washington Redskins at State Farm Stadium in Glendale, Ariz., on Sept. 9, 2018. (Christian Petersen/Getty Images)
Executive Branch

President Joe Biden has nominated Cindy McCain to serve as the U.S. representative to the U.N. Agencies for Food and Agriculture, the White House said.

McCain, the widow of longtime Republican Sen. John McCain (R-Ariz.), has a relationship with Biden that spans decades; she also endorsed the president during the 2020 election.

“I am deeply honored and look forward the [sic] work ahead,” McCain said on Twitter.

McCain previously described Biden during the 2020 presidential race as a leader who can cross party lines and unite the country.

“There’s only one candidate in this race who stands up for our values as a nation,” she said last year, referring to Biden.

“I am confident Cindy will be a great partner to Governor David Beasley, who is in charge of the World Food Program,” Graham said. “She will be a great ambassador for this important cause, and I look forward to her confirmation.”

Sinema said: “Cindy McCain is a demonstrated humanitarian, civic, leader, and a terrific choice to represent America’s work with the United Nations combating famine and hunger crises around the world.

“As we emerge from the COVID-19 pandemic, Cindy’s leadership will prove even more important to the world’s vulnerable populations. I look forward to supporting her nomination, and I know she will make Arizona—and America—proud.”

McCain is the chair and director of Hensley & Co., a Phoenix-based distributor of beer, wine, spirits, and nonalcoholic drinks.

She must be approved by the U.S. Senate to take the post.