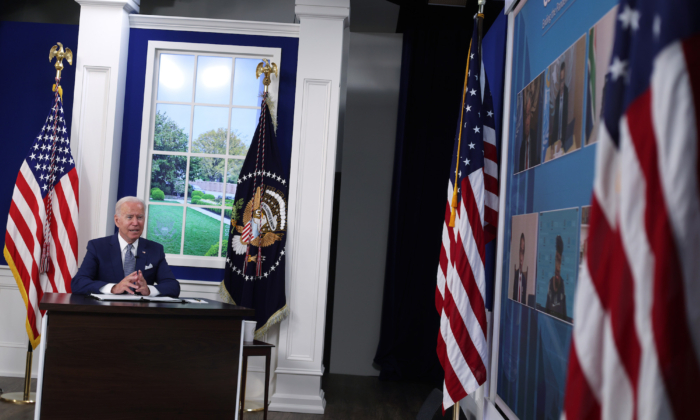 Ramanathan, an attorney and activist, chairs the board of Heluna Health, a nonprofit that describes itself as “the leading provider of program services and fiscal sponsorship for over 500 population health projects.” He donated thousands to the Biden campaign, the DNC, and other Democratic campaigns. According to his LinkedIn profile, he was a member of the Biden campaign’s national finance committee and served as the national co-chair of Lawyers for Biden. He was also a trustee of the Obama campaign in 2012 and 2013.

Adler, whose ties to Biden date back decades, is the owner of one of Florida’s largest real estate companies. He served as the national finance chair for the Biden campaign in 2008 and as a campaign surrogate in Florida in 2020. He told Forward magazine that he first met Biden in 1973 when his sister started working for the senator’s Washington office. Shortly after Biden took office, Adler told Forward that he would want to become the ambassador to Israel.

“Adler is a civic and community leader and has held key leadership roles in many charities and non-profit organizations,” an Adler bio provided by the White House states.

The nominations for the three ambassadorships were announced at the tail end of a larger batch of nominations, which included Mary Lu Jordan for commissioner of the Federal Mine Safety and Health Review Commission, Susan Harthill for commissioner of the Occupational Safety and Health Review Commission, and Joseph DeCarolis for administrator of the Energy Information Administration at the Department of Energy, among others.