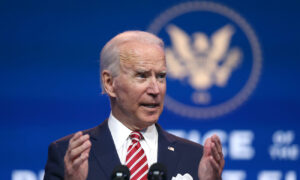 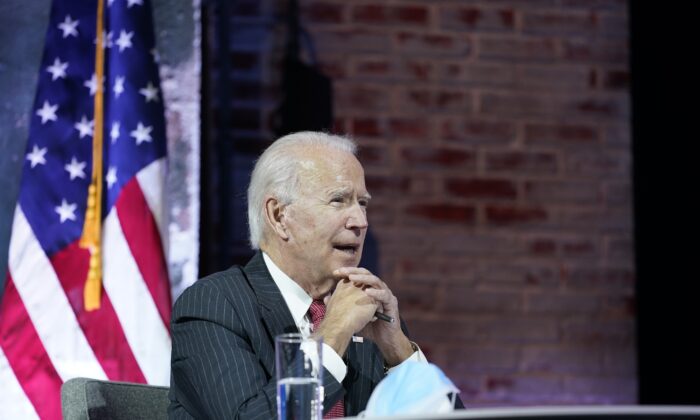 Democratic presidential nominee Joe Biden said Thursday he would not try to impose a national lockdown if he wins the presidency but that he’s considering a national mask mandate to try to control the CCP (Chinese Communist Party) virus, which causes the disease COVID-19.

Biden said in August that he would be willing to back a national shutdown if scientists recommended it.

“I would be prepared to do whatever it takes to save lives. Because we cannot get the country moving until we control the virus,” he told ABC News at the time.

One of Biden’s pandemic advisers said this month that a lockdown of four- to six-weeks could control the virus.

“We could pay for a package right now to cover all of the wages, lost wages for individual workers for losses to small companies to medium-sized companies or city, state, county governments. We could do all of that,” Dr. Michael Osterholm told Yahoo. “If we did that, then we could lockdown for four-to-six weeks.”

After backlash to the comments, Osterholm said a nationwide shutdown wouldn’t happen because it wouldn’t be supported by members of Congress and other Biden health advisers said a more targeted approach would be better.

Biden told reporters Thursday that he was answering a hypothetical question in August.

“But there are constraints in which the degree to which businesses can be open. For example, it’s one thing to say that you can have, in a state where their infection rate is not as high, you can have a gymnasium open. It’s another thing to say it can only be open four hours a day with X number of people. The church I go to, my Catholic church, they don’t allow more than 40 percent of the people to come into the church. Those are rational decisions. It’s not shutting down everything. It’s calibrating based on what the threat is,” he added.

Biden also said he discussed what he described as a national mask mandate with governors.

Among other issues that were discussed: distributing and administering CCP virus vaccines, funding the National Guard, and making COVID-19 tests more available to the general public.

New York Gov. Andrew Cuomo, a Democrat who chairs the National Governors Association, said he had a great discussion with Biden, vice presidential nominee Sen. Kamala Harris (D-Calif.), and other governors about responding to the COVID-19 pandemic.

“We look forward to a strong federal-state partnership and to working hand-in-hand in the months ahead,” he said in a statement.