Shen Yun to Premiere in Birmingham
0 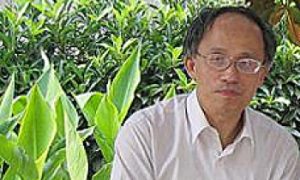 U.S. Vice President Joe Biden arrived in Afghanistan on Monday to meet President Hamid Karzai and evaluate progress of the war with the Taliban and the planned handover of security to the Afghan government by 2014.

Biden’s trip is the first to the country since he became vice president. The visit had not been announced in advance.

“The primary purpose of the trip is to assess progress toward the transition to Afghan-led security beginning this year, and to demonstrate the United States’ commitment to a long-term partnership with Afghanistan,” read a White House statement released Monday, the day of the visit.

The rough terms of the complete handover from a U.S.-led international coalition to Afghan security forces were established at the NATO summit last year, but there remain concerns due to the weakness of the Afghan government, which is widely regarded as too corrupt to control the country.

Biden will also make an unscheduled visit to Pakistan later this week to offer an economic, military, and intelligence package to Islamabad, according to Pakistani Associated Press news agency.