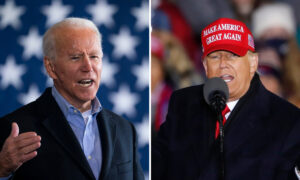 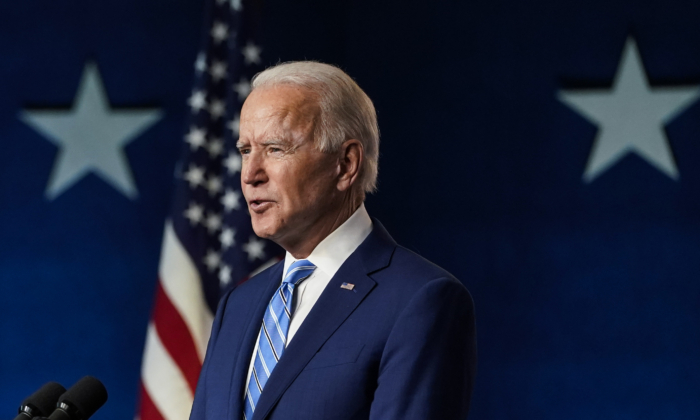 The Nevada secretary of state released the results at 9 a.m. local time on Nov. 5. State officials had previously postponed the release of further results until that time.

Biden led Trump by over 7,600 votes prior to the release of the new results. The former vice president now leads Trump by 1 percentage point with 76 percent of the votes counted.

Shortly before noon, the Trump campaign said it is filing a lawsuit in Nevada which alleges there were more than 10,000 ballots that were cast by voters who don’t live in the state.

Trump campaign Nevada chairman Adam Laxalt said there were “examples of ballots mailed across this valley … in trash cans… people getting as many as 18 ballots” in the mail, saying that it is evidence of voter irregularity.

Clark County did not respond to a request for comment.

Nevada is one of the eight states where a clear winner of the 2020 election is not yet clear. Six states are still counting votes and the Trump campaign has filed a recount in Wisconsin and a legal challenge in Michigan.

Biden is in the lead in Nevada and Arizona. Securing wins in both states would get him to the 270 electoral votes needed for victory in case Trump’s challenges in Wisconsin and Michigan don’t pan out.

A number of media outlets called Arizona for Biden late on Election Night, while other outlets still list the state as undecided. Trump could win Arizona if he continues to close the gap with Biden at the same rate as indicated in recent vote reports.