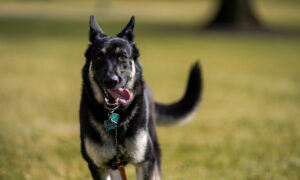 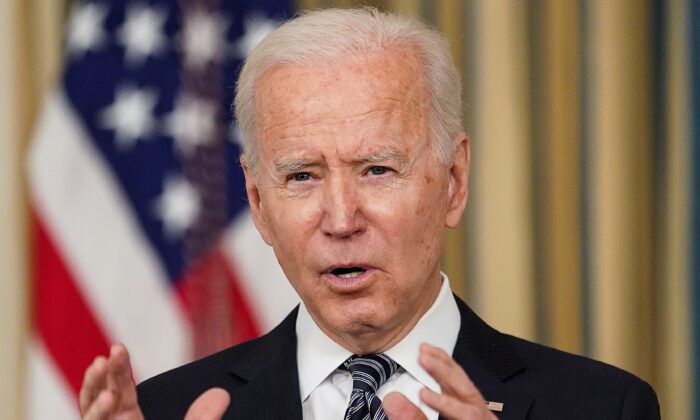 President Joe Biden held his first press conference on Thursday, after more than two months in office, answering questions on topics including whether he will run for reelection, the burgeoning crisis along the border, and abolishing the 60-vote filibuster.

Biden responded to a question about how his administration will handle the surge in illegal immigration, saying that it happens “every single” year.

“Nothing has changed. Happens every single solitary year. There is a significant increase in the number of people coming to the border in the winter months,” he said, adding that the prior administration created the crisis along the border. Republican elected officials have disputed that claim, saying it was Biden’s executive orders that triggered the surge.

The president defended his move to end programs such as the Migrant Protection Protocols, known as the “Remain in Mexico” policy that was implemented by former President Donald Trump, which some critics have said encouraged a surge in illegal immigration. Biden said it would not stop the number of people arriving at the border.

And no child should be kept in the custody of Customs and Border Patrol (CBP) facilities for longer than the 72-hour allotted time period, Biden also said. The president added he is coordinating with the Defense Department to open up military facilities for unaccompanied children that CBP agents encounter.

Trump this week blasted Biden’s response to the crush of illegal immigration at the border, saying it will ultimately “destroy our country.”

“With all due respect, this press conference is hard to watch,” Graham tweeted. “The misinformation being given by President Biden on immigration is stunning. It’s clear he does not have the situational awareness he needs to understand what is going on at the border or how to fix it.”

Biden suggested he is open to making significant changes to the Senate filibuster if key agenda items are not passed.

“I strongly support moving in that direction,” Biden said about re-implementing the old, talking filibuster, “in addition to having an open mind about dealing with certain things that are just elemental to the functioning of our democracy, like the right to vote. Like the basic right to vote. We’ve amended the filibuster in the past.”

“We’ve got to get to the place where I get 50 votes so the vice president of the United States can break the tie, or 51 without her,” referring to Vice President Kamala Harris’ tie-breaking ability in the upper chamber. Democrats like Majority Leader Chuck Schumer (D-N.Y.) have pushed for removing the key procedural hurdle—which was designed, according to some founding fathers, to protect minority rights in the Senate—to pass voting overhaul bills, gun control bills, and other measures.

“Republicans are going to have to determine if we’re going to work together or the way in which they want to proceed is to divide the country, continue politics of division,” Biden told reporters.

The president was also asked about whether he plans on running for reelection, which comes as members of the media have speculated and questioned why he hasn’t held a formal White House press conference in more than two months.

“My plan is to run for reelection,” he said at the White House, adding that he has “no idea” about whether he will run against former President Donald Trump. Biden said he expects Harris to join him on a potential ticket.