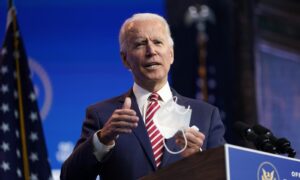 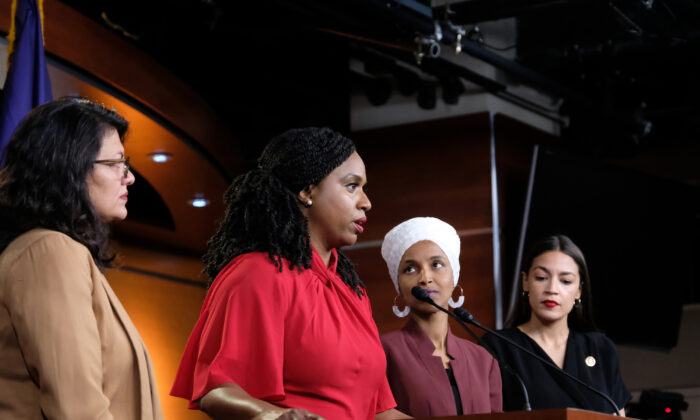 President Joe Biden got immediate pushback on Tuesday from progressives in his own party after he rejected a Democratic plan pushed by Senate Majority Leader Chuck Schumer (D-N.Y.) and Sen. Elizabeth Warren (D-Mass.) to abolish student loan debt by up to $50,000 per borrower.

“I will not make that happen,” he said of the $50,000 relief bill. Instead, he told a CNN town hall audience he believes loan forgiveness “depends on whether or not you go to a private university or public university. It depends on the idea that I say to a community: ‘I’m going to forgive the debt of billions of dollars of debt for people who have gone to Harvard and Yale and Penn.’”

Biden added that he would rather “use that money to provide for early education for young children who are coming from disadvantaged circumstances, but here’s what I think. I think everyone, and I’ve been proposing this for four years. Everyone should be able to go to community college for free.”

The president said he supports and has the authority to forgive a $10,000 student loan debt, but is not willing to extend that to $50,000.

According to a Feb. 4 press statement, the Democrat resolution for loan forgiveness “calls on the President to use executive authority to cancel student loan debt and ensure there is no tax liability for Federal student loan borrowers resulting from administrative debt cancellation.”

The Democrat president said he also supports a policy where any family making under $125,000 should be able to send their kids to state universities for free.

Biden’s opposition to total student loan forgiveness is getting pushback from the far left wing of his party, including progressive Reps. Ilhan Omar (D-Minn.), Alexandria Ocasio-Cortez (D-N.Y.), and Ayanna Pressley (D-Mass.), who have called for the federal government to provide a free college education and 100 percent student loan forgiveness for all.

Rep. Omar agreed with a Tweet that said Democrats should “fight like hell” for student loan forgiveness. Rep. Ocasio-Cortez also called Biden’s stance weak and urged her followers to keep pushing for the policy.

“Who cares what school someone went to? Entire generations of working-class kids were encouraged to go into more debt under the guise of elitism. This is wrong. Nowhere does it say we must trade-off early childhood education for student loan forgiveness. We can have both,” Ocasio-Cortez posted on Twitter.

“The case against student loan forgiveness is looking shakier by the day. We’ve got the *Senate Majority Leader* on board to forgive $50k. Biden’s holding back, but many of the arguments against it just don’t hold water on close inspection. We can and should do it. Keep pushing.”

On Tuesday night, Warren made another call for loan forgiveness for minority students.

“We told Black students that college was the surest path to build a future-but for a lot of systemic reasons, they’re getting crushed the worst by student loan debt. Black Americans know: we need President Biden to use his authority to #CancelStudentDebt,” Warren posted on Twitter.

Pressley echoed Warren’s sentiment. “A survey of registered Black voters shows 40 percent would consider staying home for the next election if there’s no action on student loan debt. #CancelStudentDebt. All of it.”