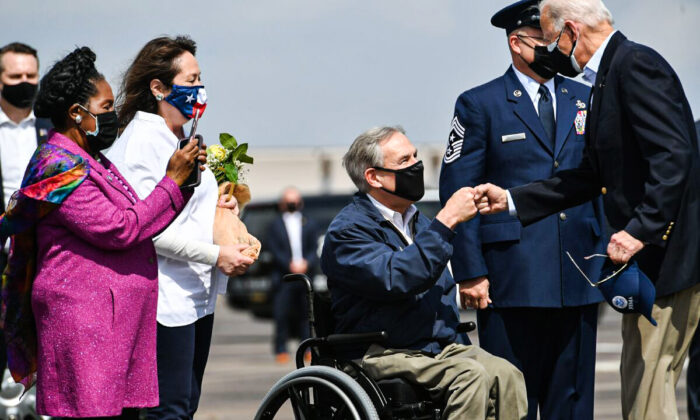 The White House rejected Texas Gov. Greg Abbott’s request that the federal government reimburse the state for millions of dollars on the border crisis, according to a letter sent to his office.

“After a thorough review of all the information contained in your initial request and appeal, we reaffirm our original findings that supplemental federal assistance under the Stafford Act is not warranted for this event. Therefore, I must inform you that your appeal for an emergency declaration is denied,” Federal Emergency Management Agency Administrator Deanne Criswell told Abbott’s office in a letter dated Sunday.

Biden, the Republican official argued, “created the crisis on our southern border and now they refuse to pay for the endless and ongoing damage,” adding that “Texans should not have to foot this bill.”

Abbott had asked FEMA to reconsider a denial to approve a request for an emergency declaration, which would then free up federal funds. The Republican governor first asked the Biden administration for assistance in a letter (pdf) on Sept. 20 and sent a subsequent letter on Oct. 7, again asking for aid.

Immigration is solely within the purview of the federal Department of Homeland Security, which oversees Customs and Border Protection (CBP) and Immigration and Customs Enforcement (ICE).

“State and local communities in Texas bear direct and indirect costs of the increasing volume of illegal immigration along the southwest border,” they wrote, “and federal assistance is necessary to further protect the lives, property, public health, and safety of the communities along the border.”

Biden’s recent denial of Abbott’s request comes as the CBP released data on Oct. 22 showing that Border Patrol agents apprehended a record-breaking total of 1,666,167 illegal immigrants along the southwestern border in the fiscal year 2021.

The number of illegal crossings has dramatically increased since Biden took office and after he dismantled many of President Donald Trump’s border security initiatives, including stopping border wall construction and stopping the “Remain in Mexico” program in January.

Amid the surge, Biden has received significant criticism from Republicans and some Democrats whose districts lie along the U.S.–Mexico border.

A day before the CBP report was released, Biden was asked by Anderson Cooper during a CNN interview about whether he is planning to visit the border. Vice President Kamala Harris visited El Paso, Texas, in June.

“I guess I should go down. But the—but the whole point of it is: I haven’t had a whole hell of a lot of time to get down,” Biden said on Oct. 21.