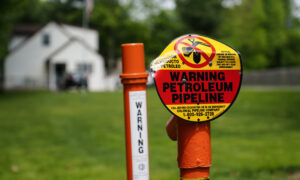 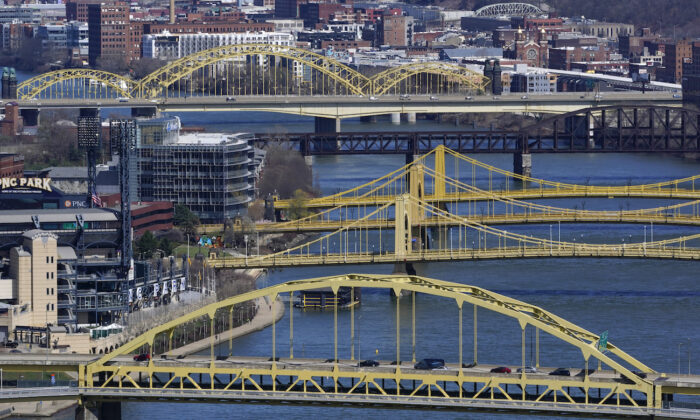 President Joe Biden has proposed a minimum corporate tax rate of 15 percent, and increased Internal Revenue Service (IRS) funding, as a way to pay for an infrastructure package that he is negotiating with Republicans, according to the White House.

“The book minimum (15 percent) was in the president’s American Jobs plan proposal as a proposed ‘pay for,'” White House press secretary Jen Psaki told a reporter. “It was also in our budget. So, this is not a new idea. This is a component of what he’s proposed as a ‘pay for’ that he’s lifting up as a question as to whether they (Republicans) could agree to that because it certainly doesn’t violate anything about the 2017 taxes.”

The U.S. Department of the Treasury also discussed the global corporate minimum tax rate during a recent meeting with G-20 leaders.

“Treasury proposed to the Steering Group that the global minimum tax rate should be at least 15%,” the Treasury Department wrote. “Treasury underscored that 15% is a floor and that discussions should continue to be ambitious and push that rate higher.”

Sen. Shelley Capito (R-W.Va.) has been leading a group of senators in negotiations with the White House on a scaled-down infrastructure package, reducing the cost from close to $2 trillion to $1 trillion and trying to come to an agreement about how to pay for the package.

The Biden administration says it will be able to bring in $700 billion through increased tax enforcement from the IRS, a suggestion that some Republicans are open to.

“Also (the president) talked, of course, about the benefit of tax enforcement and how that could be a revenue raiser,” said Psaki about Biden’s negotiations with the GOP senators.

“I will note that this has been a good discussion, and good ongoing discussion, where we’re working to find areas of agreement. We also feel there are a number of paths forward. Next week the House is going to be marking up the American jobs plan,” Psaki said, adding that “the president looking forward to engaging Senator Capito tomorrow.”

Capito said Republicans are willing to find a compromise on the infrastructure package and are working with the president to focus more on core infrastructure projects and bring down the cost.

“Well, we disagree on the definition of infrastructure and we’ve been working with the president to bring it back to the physical core idea of infrastructure that we’ve worked so well on in the past, whether that’s roads and bridges, waterways, ports, lead pipes, transit, airports, and also the new infrastructure, [such as] broadband,” said Capito during an interview with Fox News Sunday.

The West Virginia senator said they are also trying to compromise on how to pay for the proposed infrastructure projects. She believes much of the funding can come from previously allocated funding that did not get used and can be “reprogrammed,” despite Psaki saying that there would not be enough money from previous relief packages to help pay for the infrastructure bill.

“The presidential spokesperson said, ‘Everything has been allocated,'” said Capito. “It hasn’t gone out the door. We have hundreds of billions of dollars that could be reprogrammed towards something as core as infrastructure, and I think that’s what we should be looking at, rather than put—you know, force-feeding it into certain categories, where really it’s not part of COVID, it’s not part of a rescue package, it’s dollars that were way over-allocated that still have yet to be spent.”

Biden and Republicans will need to each compromise on how to fund the infrastructure package, but Capito said she is hopeful that they can reach an agreement.

“He has expressed to me and to our group numerous times his desire to work with us and to negotiate a package, and I think that’s what you see,” said Capito. “In fact, we’re inching towards one another.”