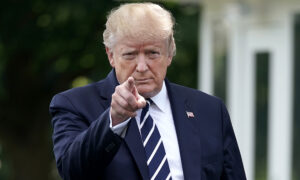 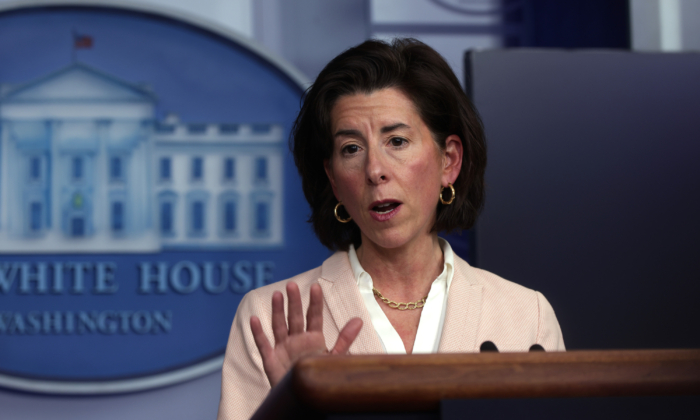 Secretary of Commerce Gina Raimondo said on April 7 that the Trump administration’s tariffs on steel and aluminum saved American jobs.

“With respect to tariffs, there is a place for tariffs. The 232 tariffs on steel and aluminum have in fact helped save American jobs in the steel and aluminum industries,” Raimondo told reporters at the White House, marking a rare point of agreement with the policies of the prior administration.

“So what do we do with tariffs? We have to level the playing field. No one can out-compete the American worker if the playing field is level,” Raimondo continued. “And the fact is, China’s actions are uncompetitive, coercive, underhanded. They’ve proven they’ll do whatever it takes.

“And so I plan to use all the tools in my toolbox as aggressively as possible to protect American workers and businesses from unfair Chinese practices.”

President Donald Trump in March 2018 imposed a 25 percent tariff on steel and a 10 percent levy on aluminum imports. Some countries were temporarily exempted from the tariffs. Currently, South Korea, Argentina, Australia, and Brazil are permanently exempted. The tariffs on Canada and Mexico were lifted with the signing of the United States–Mexico–Canada Agreement.

During the same month in 2018, Trump fired the first salvo in the trade war with China, imposing tariffs on $50 billion of Chinese goods. The Chinese Communist Party (CCP) responded with retaliatory tariffs and the tit-for-tat has escalated since. Trump had reasoned that the tariffs were necessary to force the CCP to abandon unfair trade practices and pay a price for years of rampant intellectual property theft from the United States.

Trump had also targeted private Chinese companies over concerns national security concerns, including the potential that troves of data on Americans were relayed to the communist regime in Beijing.

Raimondo made the remarks in response to a reporter who had also prompted her to clarify the Biden administration’s stance on TikTok, a social media app that Trump had threatened to ban unless the Chinese company that owns it sold its American business to a U.S. company.

“So I would say, here’s my broad view, and I don’t want to get into details on any particular company,” Raimondo said. “My broad view is what we do on offense is more important than we do on defense. To compete in the long run with China, we need to rebuild America in all of the ways we’re talking about today, and by the way, do that with our allies. We have to work with our allies and find common ground where we can.”