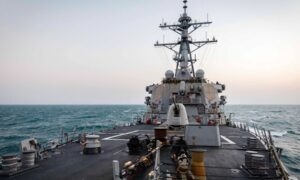 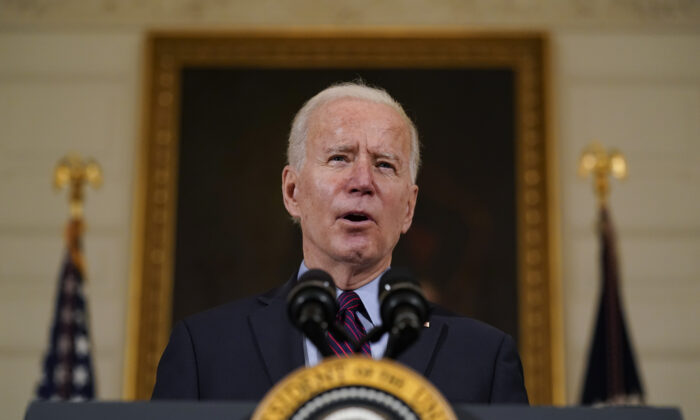 President Joe Biden speaks about the economy in the State Dining Room of the White House in Washington on Feb. 5, 2021. (Alex Brandon/AP Photo)
Executive Branch

Biden: China Should Expect ‘Extreme Competition’ From US

WASHINGTON—President Joe Biden says China is in for “extreme competition” from the United States under his administration but that the new relationship he wants to forge need not be one of conflict.

In an interview broadcast Sunday, Biden acknowledged that he has yet to speak with Chinese leader Xi Jinping since his inauguration on Jan. 20. He noted that the two leaders had met many times when both men served their countries as vice president.

“I know him pretty well,” Biden said in an excerpt of the interview aired Sunday by CBS’ “Face the Nation.”

When they do speak, they will have “a whole lot to talk about,” Biden said.

Biden appears to be concentrating his initial telephone diplomacy on U.S. allies. He so far has spoken with the leaders of Canada, Mexico, the United Kingdom, France, Germany, Japan, South Korea, Australia, and the NATO secretary-general.

He also worked in a conversation with Russian President Vladimir Putin.

In the interview, Biden described Xi as “very bright” and “very tough” but without “a democratic, small D, bone in his body.”

Shortly after Biden succeeded President Donald Trump in the White House, Beijing welcomed the Biden administration’s decision to remain in the World Health Organization and return to the Paris climate agreement.

The new administration, however, is unlikely to significantly alter U.S. policies on trade, Taiwan, human rights, and the South China Sea that have angered Beijing.

Biden, in the interview taped Friday, said he has said to Xi “ all along, that we need not have a conflict.” But, Biden added, there will be “extreme competition. And I’m not going to do it the way that he knows. And that’s because he’s sending signals as well.”

Biden said he will not pursue U.S.-China relations in the way that Trump did but will focus on “international rules of the road.”