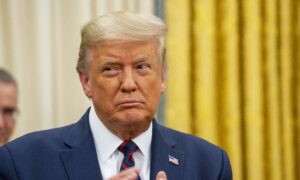 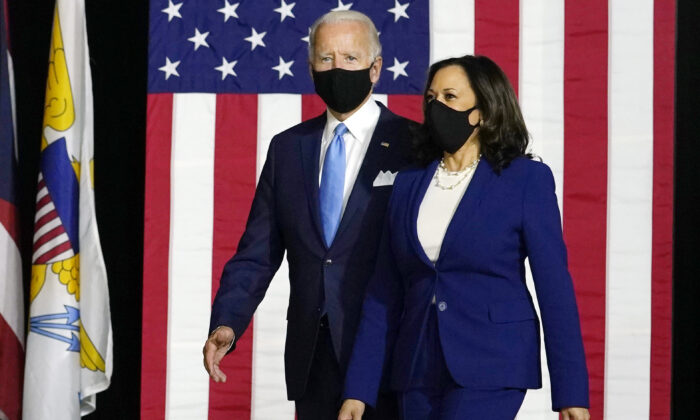 The campaign to elect Joe Biden, along with the Democratic National Committee and joint fundraising committees, raised $364.5 million in August, including a record $205 million for a single month of online fundraising, the campaign said.

“That figure blows me away,” Biden said in a statement, adding, “We have to keep breaking records if we want to ensure a fighting chance at winning this thing.”

Biden struggled to raise money early in the primary, with his meager intake dwarfed by President Donald Trump’s daunting war chest. Things picked up for the former vice president when he became the presumptive nominee, and in July, he closed in on Trump’s $300 million cash-on-hand.

The Democratic nominee urged supporters to continue donating to his campaign, saying, “But we’re not done yet, there is still much work to do in the 9 weeks ahead. Trump’s money machine remains.”

In July, the Trump campaign, the Republican National Committee, and joint fundraising committees hauled in $165 million, around $25 million more than Biden, the campaign said, bringing the president’s overall fundraising mark to $1.1 billion in the 2020 election cycle.

“The President’s support continues to increase while Joe Biden just posted a down fundraising month from his basement,” Trump campaign manager Bill Stepien said of July’s intake in a statement. The Trump campaign has yet to announce August fundraising figures, but his campaign recently acknowledged it was conserving money for after Labor Day.

The fact that the Biden-Harris ticket is flush with cash is already evident. On Monday, the campaign announced it would spend $45 million on a broadcast and digital campaign this week. The 60-second spot features an excerpt from Biden’s Monday speech in Pittsburgh when he pushed back on Trump’s efforts to portray him as a supporter of the violence and unrest that has erupted in cities such as Portland, Oregon, and Kenosha, Wisconsin.

The battle for the White House between Trump and Biden has recently placed in its crosshairs the question of who can keep Americans safe after recent protests and riots have taken violent and sometimes deadly turns. A 17-year-old from Illinois has been charged with killing two men during the mayhem in Kenosha, while amid protest-related clashes in Portland, a Trump supporter was shot to death.

Trump has blamed Biden for siding with “anarchists,” who the president has argued are responsible for hijacking legitimate protests.

“No one will be safe in Biden’s America. My administration will always stand with the men and women of law enforcement,” Trump said during his Republican nomination acceptance speech last week, also blaming local Democrat politicians for inaction in the face of riots.

Biden accused Trump in a speech in Pittsburgh of stoking divisions and fueling unrest.

“Does anyone believe there will be less violence in America if Donald Trump is reelected?” Biden said. “He can’t stop the violence, because, for years, he has fomented it.”

Biden also sought to challenge Trump’s characterization of him as soft on crime.

Soon after Biden concluded his remarks in Pittsburgh, Trump wrote on Twitter: “Just watched what Biden had to say. To me, he’s blaming the Police far more than he’s blaming the Rioters, Anarchists, Agitators, and Looters, which he could never blame or he would lose the Radical Left Bernie supports!”