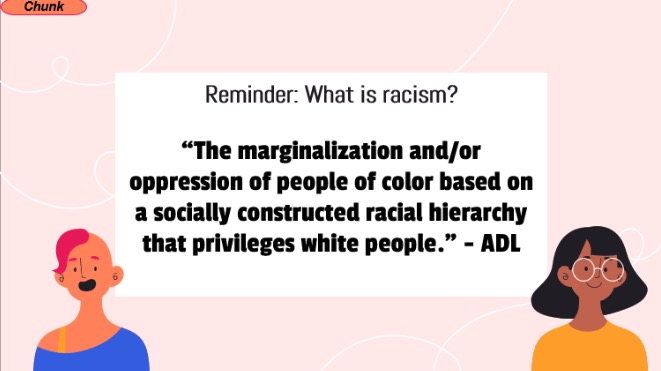 An illustration of critical race theory material.
US

Employees and contractors of the National Credit Union Administration (NCUA)—the federal agency that regulates the credit union industry—are being subjected to racial bias and sensitivity training based on critical race theory (CRT), according to documents obtained by a nonprofit government watchdog.

Judicial Watch said in a statement that it received from the NCUA 15 pages of documents in response to the watchdog group’s Freedom of Information Act (FOIA) request.

The documents show “the government agency responsible for regulating credit unions required ‘inclusion and unconscious bias training’ for the agency’s employees and contractors, and offered advice on how to recognize and address alleged ‘micro-aggressions’ in the workplace,” according to Judicial Watch.

The academic, corporate, and media movement behind CRT claims America is an inherently and irredeemably racist society based on protecting ‘white privilege’ and keeping people of color trapped in institutional oppression as second-class citizens.

The NCUA training program was initiated shortly after Todd Harper was appointed chairman of the agency by President Joe Biden during his first week in the Oval Office in January 2021.

Officials within NCUA’s Office of Women and Minority Inclusion (OWMI) first informed agency employees of the mandatory training course in a Feb. 25, 2021, email providing a link to the course, “Inclusion at Work: Managing Unconscious Bias at the Office.”

The NCUA program, however, isn’t focused solely on the federal workplace, according to the documents obtained by Judicial Watch. In a section of NCUA’s internal newsletter VIBE for March 2021, titled “Diversity and Inclusion Learning,” employees are also advised to:

In the same March 2021 edition of VIBE, Harper told NCUA employees and contractors that “I truly look forward to … advance diversity and inclusion not just within the agency, but also in the entities and communities we serve.”

He also said, “NCUA’s Diversity and Inclusion Strategic Plan outlines five additional goals for this work, including one specific to diversity and inclusion in credit unions, and another for diversity in our business activities.”

In a Feb. 10, 2021, email obtained by Judicial Watch, all NCUA employees were invited to attend a meeting and “watch a video and discuss the role our institutions and public policies play in shaping life opportunities and one’s ability to accumulate wealth. ‘Race: The House We Live In’ is the first film about race to focus not on individual attitudes and behavior but on the ways our institutions and policies advantage some groups at the expense of others.”

“Its subject is the ‘unmarked’ race. We see how benefits quietly and often invisibly accrue to [the majority], not necessarily because of merit or hard work, but because of the racialized nature of our laws, courts, customs, and perhaps most pertinently, housing.”

Judicial Watch said in its statement that “in the issue of the VIBE newsletter emailed to all NCUA staff on December 1, 2021, under a section titled ‘Diversity, Inclusion and Belonging Learning,’ employees are told, ‘A micro-aggression is defined as an indirect, subtle, or unintentional form of discrimination against members of a marginalized group. But for those who experience them, micro-aggressions are more than just insults or insensitive jokes—they are painful, powerful, and can inflict lasting harm.’”

NCUA leadership is “committed to advancing diversity, equity, and inclusion (DEI) principles in its workforce and through its business activities, as well as within the credit union system,” an NCUA spokesman who asked not to be named told The Epoch Times. “The NCUA does not promote or educate employees or credit unions on critical race theory, nor does it communicate externally on the subject.

“As required by federal law, the agency advances DEI and belonging policies and principles—foundational pillars of the credit union industry.”

Judicial Watch President Tom Fitton said in the nonprofit’s statement, “Americans should be disturbed that the Biden administration is using the agency responsible for regulating credit unions to subject employees and the public to an extremist and discriminatory Critical Race Theory ideology that attacks individuals based on race.”