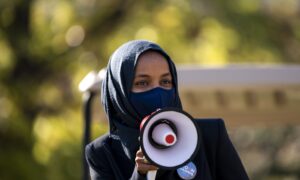 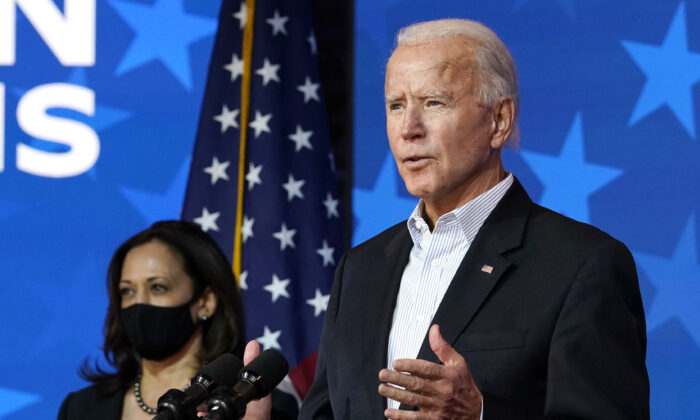 Biden and running-mate Sen. Kamala Harris (D-Calif.) said in a statement to reporters on Monday that they would appoint David Kamin, a former Obama official, to serve as deputy director of the NEC. Bharat Ramamurti, a former aide to Sen. Elizabeth Warren (D-Mass.), is their nominee for deputy NEC director for financial reform and consumer protection. Joelle Gamble, who currently serves on the Biden-Harris transition’s domestic economic policy team, would serve as special assistant to the president for economic policy.

“Today’s appointees have broad viewpoints on how to build a stronger and more inclusive middle class. With their robust experience and qualifications, they will provide the needed voices to guide my administration in overcoming our nation’s unprecedented economic challenges,” Biden said in a statement.

“These seasoned public servants have the knowledge and experience to act quickly and decisively to address this economic crisis, responsibly open our economy, and put people back to work. And I look forward to working with them to create jobs and opportunity for all Americans,” Harris said in a statement.

Transition officials were cited by The Wall Street Journal as saying that additional prospective members of the NEC would be announced in the coming weeks.

Kamin, a professor of law at New York University School of Law, served in the Obama-Biden White House as special assistant to the president for economic policy and also worked as special assistant, and later adviser, to the director of the Office of Management and Budget.

Ramamurti, a graduate of Harvard College and Yale Law School, currently serves as managing director of the Corporate Power program at the Roosevelt Institute. He formerly served as Warren’s top economic adviser during her 2020 presidential campaign and senior counsel for banking and economic policy in her Senate office. Warren made headlines for some of her controversial economic policy proposals during the primaries, which included a wealth tax and sweeping changes to how businesses operate.

Gamble, who now serves on the Biden-Harris transition’s domestic economic policy team, previously held the post of senior advisor to the president and CEO of the Roosevelt Institute.

The trio of new appointees will, should Biden and Harris prevail in the contested election and be sworn in on January 20, work alongside Brian Deese, Biden’s pick for NEC director, the post held by Larry Kudlow in the Trump administration.